[LEAK] Fortnite Season 4 Battle Pass: Who Will Be the 8th Marvel Skin?

Fortnite Season 4 will release seven Marvel Battle Pass skins in Season 4, and there might be a new secret skin. The famous battle royal confirmed that it is doing a grand Marvel crossover for Season 4's Chapter 2. 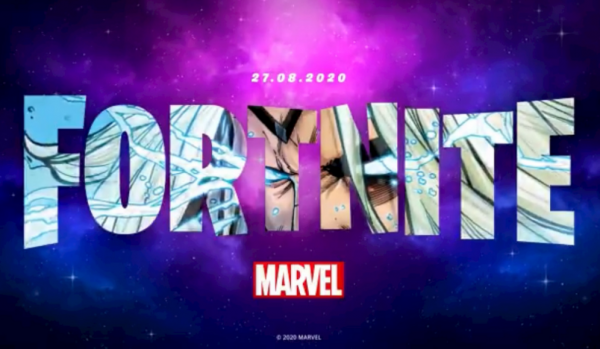 We Have a lot of hopes for this upcoming #Marvel x #Fortnite Season, If you could Have any hero as a skin who would it be? pic.twitter.com/0PzIAbGGh6 — EighthGate (@8ighthGate) August 22, 2020

Players already received a half dozen Marvel skins in the game, currently. However, the skins might be doubled since an all-Marvel battle pass will soon arrive. Here are the Marvel skins that players will have in the battle pass.

WOLVERINE: HypeX, who revealed that Fortnite fans would have a Marvel early season, will provide this skin, stating that Wolverine's claws will be a mining tool.

THOR: Epic directly teased this one both in the Marvel announcement, revealing that the emojis and letters are referenced to Thor.

GROOT: The raccoon is also from HypeX.

STORM: This one will be from Tabor Hill.

IRON MAN: This skin is also featured on the other side of the same comic panel frame of Doctor Doom.

GALACTUS: An in-game comic book page revealed Galactus. There's audio in the sound files which look like Galactus when you use a spectrograph.

Fortnite leaks reveal the heroes for the 8th Marvel Battle Pass skins. It includes, Scarlet Witch, She-Hulk, Captain Marvel, Kamala Khan, Gamora, Jean Grey, and Rouge are the top candidates. Sue Storm, the invisible girl in Fantastic 4, was not included since invisibility would be a little OP in Fortnite.

If you observe carefully, you will notice that all the characters included came from Marvel original comics, not just in the MCU. Galactus and Doctor Doom are not yet released in the MCU movies. However, it was rumored that Galactus would be the next main villain who will replace Thanos.

The online battle royale is the first game where different Marvel heroes come together, besides the comics and MCU.

For more news updates about Fortnite or other popular online games, always keep your tabs open here at TechTimes.