Scientists developed a new self-powered device that could store the sun's energy as fuel. The new instrument can work just like how plants convert sunlight into clean energy. 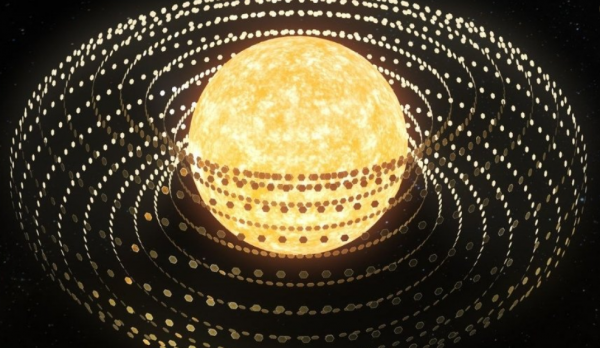 (Photo : Screenshot from Twitter post of @69Yeeeet)
Scientists Develop a Self-Powered Device That Could Harness Sun's Energy as Clean Fuel

Eventually we will colonise other planest in our solar sistem but that will also mean that we will need more energy, so we will take on out biggest chalenge yet, building a duson swarm which is a huge megaproject that will allow us to harvest our Sun's full enerngy potencial. pic.twitter.com/l6WXu7WGHf — FloridaMan 69 420 YEEEET (@69Yeeeet) August 21, 2020

Experts have been trying to imitate the plant's photosynthesis process, and the approach, which uses "photosheets," could be the most successful attempt of artificial photosynthesis currently.

The promising device can produce oxygen and formic acid that could be harnessed as fuel by taking in CO2, water, and sunlight. The acid can be used as it is, or it could be transformed into hydrogen, which is another clean energy fuel.

The scientists were able to create the device because of the "photosheet" or "photocatalyst sheet." Photosheet enables oxidation and electron interactions when the sun's rays hit the sheet in water using special semiconductor powders and a cobalt-based catalyst.

The device doesn't need any additional component to create the chemical reaction, and what's good about this is it's self-powered.

"We were surprised how well it worked in terms of its selectivity - it produced almost no by-products," said Qian Wang, a chemist from the University of Cambridge in the U.K.

"Sometimes things don't work as well as you expected, but this was a rare case where it actually worked better," added the scientist.

How the device works

The current prototype only measures 3 square inches or 20 square centimeters. However, the scientists claimed that the device could be improved or scaled up without incurring huge costs.

(Photo : Screenshot from Twitter post of @Pauloaep)
Scientists Develop a Self-Powered Device That Could Harness Sun's Energy as Clean Fuel

The believed that the photosheet could be produced in large arrays, just like the solar panels on solar farms. Another benefit of using the device is that it could store the resulting formic acid in a solution and convert it into various fuel types based on the users' needs.

Also Read: Bird Deaths Caused by Turbine Can be Reduce Up to 70% Using This Paint