Ford CEO Rejects Tesla Battery: 'No Advantage for Our Company"

Electric automotive manufacturer and clean energy company, Tesla, does not impress the world's first mass automotive brand, Ford, in producing its battery or power cells for their vehicles. Ford says that it has "no advantage" for the company and its line of cars.

The world-famous car company, Ford, will still source the batteries that they will put on their electric vehicle line from third-party manufacturers instead of emulating Tesla's efforts to self-sufficiency. Tesla reported that their production of batteries is proving to be advantageous for the company and its vehicles, with Panasonic's help.

Ford Motor Company's Chief Executive Officer, Jim Hackett, finds Tesla's efforts and work in producing their batteries to have "no advantage" for their company. The reports and "deep dive" in research with regards to batteries and power cells led Ford to nothing and will reportedly continue with their previous set-up, according to Teslarati.

The Ford Motor Company will not advance and provide efforts into producing their batteries because of the cost not complementing the market for the vehicle manufacturer. Hackett states that Ford is different from Tesla, with Elon Musk's Gigafactory in Nevada acquiring the advantages and perks in having their power cells.

Hackett defends that the company will have more advantages in sourcing from known and established battery manufacturers for all their electric vehicle needs. The CEO thinks that this is more viable and cost-effective for the company.

Ford is known to have multiple research facilities and factories in the world to support their very own project on power cells; however, they do not plan on utilizing this because of plans in the company. The vehicle manufacturer does not plan on producing a full-electric line up for their vehicles. Unlike Tesla, who is primarily an electric car company, Ford finds this expensive to produce batteries for only a couple of cars in their current line.

Currently, Ford only has one fully-electric vehicle that is in the form of the 2021 Mustang Mach-E. The sports muscle car, Mustang, who sports V-block engines and gulps gas in bulk, is transformed into an all-electric SUV by Ford. This new design moves away from the traditional 2-door sedan that is meant for sport and performance.

Other vehicles in their line-up are hybrids or a combination of electric and naturally-aspirated engines with the likes of the 2020 Ford Escape Hybrid, 2020 Ford Fusion Hybrid, and 2020 Ford Explorer Hybrid. The hybrids range from $28,000 to $48,000. 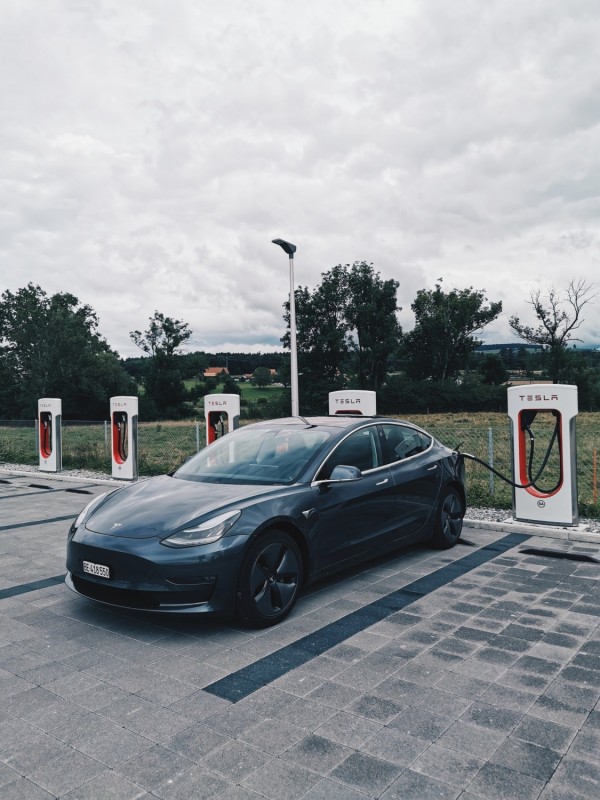 It is no secret that Tesla is insanely popular and thriving in the electric vehicle manufacturing industry. The company is also known to have its very own battery production in its plants worldwide. Tesla vehicles are fitted with Tesla batteries with the help and guidance of Panasonic.

Forbes reported that Tesla saves an average of $7,000 per car with its power cell that can be found on every vehicle the company makes. January 2020 saw a 45 percent drop in costs since 2016, ever since the company made its very own.