Twitter has rolled out a new feature that separates them from regular retweets to all users worldwide.

Unlike the standard reply, a tweet is considered a quote when reposted with a comment, but quote tweets will now have a dedicated section right after retweets. 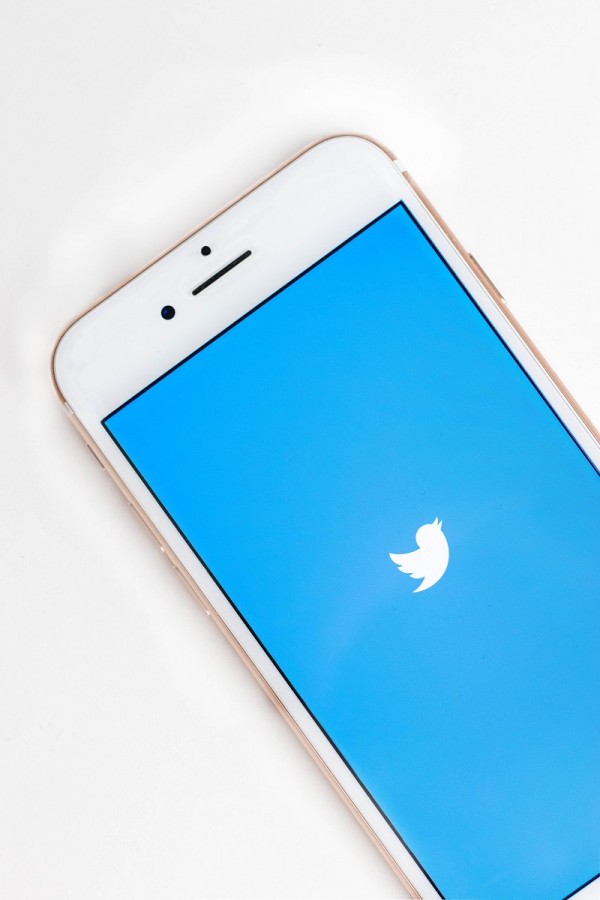 Twitter Support announced the update on Aug. 31 via a tweet that says: "Tweets about a Tweet add more to the conversation, so we've made them even easier to find." The tweet also includes a short clip on how to access the Quote Tweets.

The previous "Retweets with comments," Twitter is renaming the feature as "Quote Tweets," in which tweets are shared with photos, videos, GIFs, or just plain text. This is a great improvement from before, when retweets are considered regular tweets that make it difficult to find certain answers on a specific post.

Tweets about a Tweet add more to the conversation, so we’ve made them even easier to find.

Retweets with comments are now called Quote Tweets and they've joined the Tweet detail view. Tap into a Tweet, then tap "Quote Tweets" to see them all in one place. pic.twitter.com/kMqea6AC80 — Twitter Support (@TwitterSupport) August 31, 2020

In order to access quote tweets, all you have to do is tap a tweet and then tap the quote option. Once you choose the "Quote Tweets" option, you'll have access to all retweets with other users' comments. Regular retweets, replies, and likes will remain with dedicated sections.

The update is now available with the latest version of the Twitter app, which can be downloaded from Google Play for Android and the App Store for iPhone, iPad, or iPod touch that runs with iOS 12.0 or later.

How Quote Tweets Are Useful 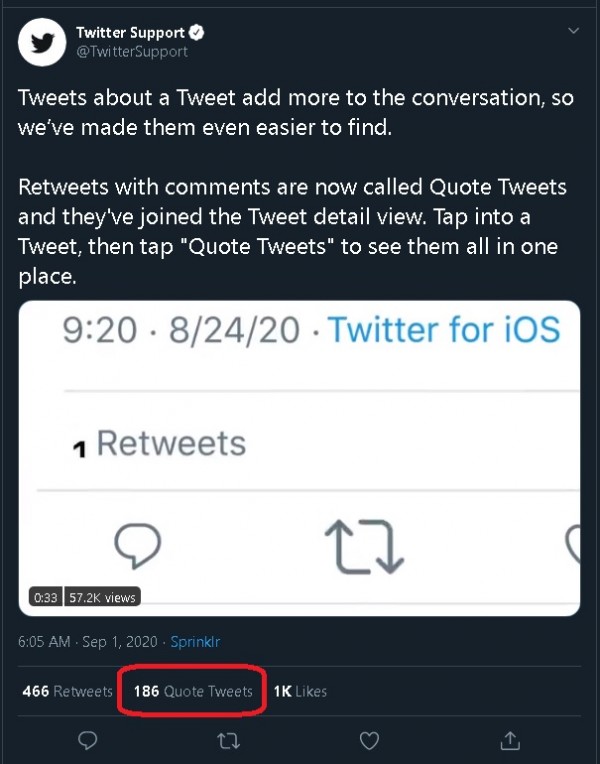 (Photo : Twitter)
See how many have Quote Tweets there are

A quote tweet is also a retweet, in which you add your own comment on the tweet before sharing it. It was previously called "Retweet with comment." These are some uses of the new feature:

Read also: Excited About Netflix's Adaptation of 'Dragon's Dogma'? Here's Its First Trailer You Can Watch

How to Use the Quote Tweets feature

The Quote Tweets feature can be used from the Twitter desktop website or through the mobile app for Android or iOS. Here is a simple way to quote a tweet. 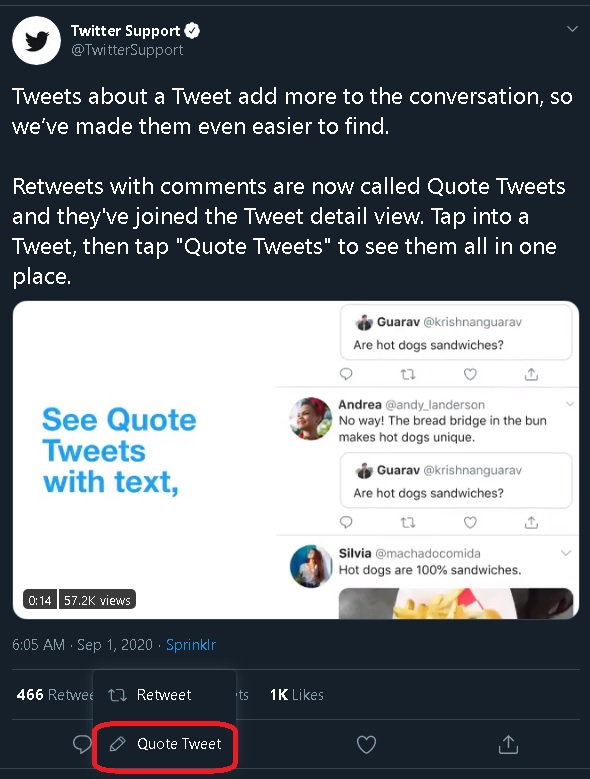 Read also: [VIRAL] Twitter Thread From 2016 About Time Traveling May Have Predicted The Pandemic