The National Aeronautics and Space Administration captured breathtaking out-of-this-world images of cosmic entities such as stars, supernovas, and nebulas with its Chandra X-ray Telescope that enables a future of more in-depth space exploration and studies. NASA boasts of a new approach to astronomy that is crucial to the study of heavenly bodies.

The Chandra X-ray telescope captured six bright and colorful images that give the astronomers a better view of the cosmic objects. These images can help NASA identify and study more of what is out in space, determining a clearer picture of the celestial bodies. 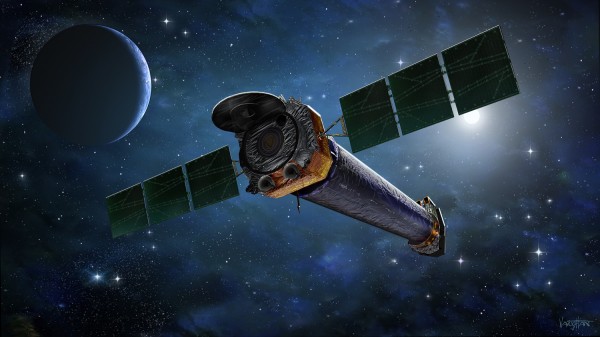 NASA's Chandra X-ray telescope detects and captures radio waves to gamma rays that diverge it from other powerful telescopes intended for its classification. The "multiwavelength" approach by the Chandra and NASA gives the objects in space a new image to be carved out from its detection using the telescope.

The Chandra Telescope is now 21 years-old, stemming from its initial launch in July 1999 to determine the very hot regions of the universe using its technology. Decades after its launch, the telescope provides a selection of mesmerizing images that are not only for display but also for NASA's study and science.

NASA compiled different missions from various telescopes to provide these sets of images of the beautiful space objects. Chandra is the main telescope to lead this discovery while being accompanied and assisted by the rest. 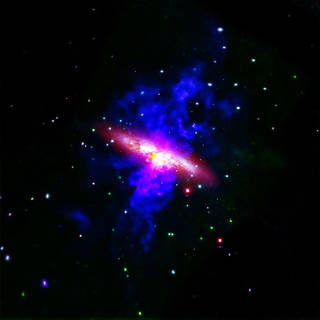 Chandra's telescope shows a Blue and Pink image of the edge-on to Earth galaxy called the Messier 82 (M82). The galaxy is currently undergoing bursts of star formations, and the universe shows a 20,000 light-year long gas outflows. 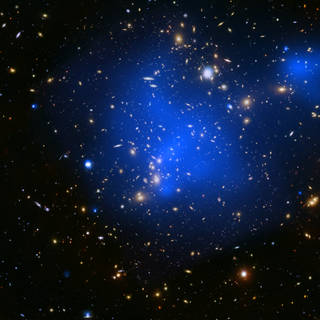 The Abell 2744 is a galaxy cluster that holds a massive amount of superheated gas that ranges from ten million degrees and more. The cluster glows bluish despite being millions of light-years away. Chandra's X-ray can detect and see the group due to its nature of intense heat, alongside the Hubble telescope that shows the specks of green and red. 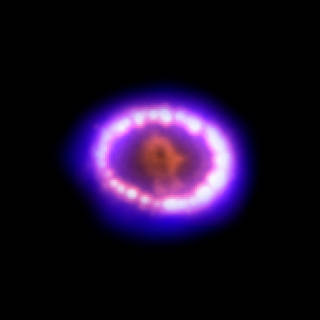 This supernova is known to be the Large Magellanic Cloud discovered by astronomers way back in 1987. The region housed the brightest supernova explosions seen by the telescope in centuries. Again, the work of Chandra and Hubble's sight saw the radiant blue, red, and orange glow of S.N. 1987A. 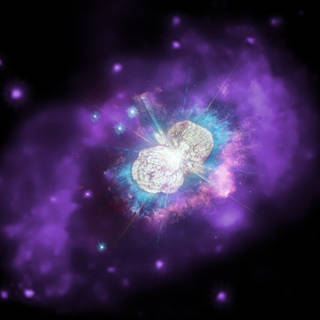 Eta Carinae is one of the stars in the Milky Way to await its impending explosion and go supernova. This system shows two massive stars that orbiting each other and emitting hot gasses seen by Chandra as purple and Hubble as white and ultraviolet. 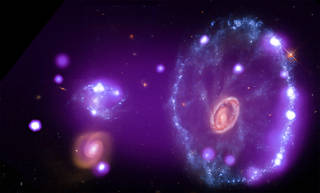 NASA characterizes this galaxy as a "bull's eye" that shows a bright orange universe in the middle that collided with the surrounding bodies. Chandra shows the gas's spread in purple, and Hubble's optical data shows the trigger of the star formation in red, blue, and green. 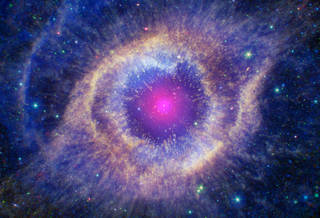 Helix planetary nebula experiences its core shrinking and outer layers puffing off after running out of fuel. NASA says that this similar occurrence will be shared by the Sun in five billion years.

ALSO READ: WATCH: This Wool-Like Fabric From Harvard Scientists Has Memory and is Mind Blowing!