Fortnite Season 4 Marvel Theme: How to Use All Abilities and Mythic Weapons by Dr. Doom, Iron Man, Thor, and MORE!

Famous video game and software developer, Epic Games, rolled out its Marvel update for Fortnite's Season 4 for almost three weeks now, and fans worldwide are stoked to play as their favorite superhero from the famous comic book company. Various characters were made available on August 27's update that continues its addition of names and special appearances.

The popular online video game and battle royale, Fortnite, continues to flood the gaming industry with its increased gameplay due to the Marvel update, letting players embody their avatar as favorite characters on the comics, TV series, and even films. 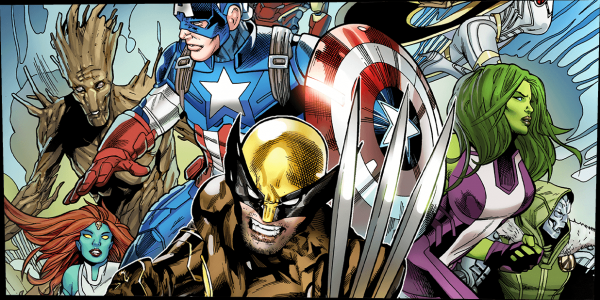 Several locations in Fortnite's map is tweaked to emulate comic book places such as Stark Industries' factory, Wakanda's Black Panther statue that now honors the late Chadwick Boseman, She Hulk's laboratory, and more. Not only do fans get to be their favorite Marvel characters, but they also use their unique abilities that completes the 'feel' of becoming a comic-book hero or villain.

Fortnite offers its players a chance to play as Thor, Iron Man, Wolverine, She-Hulk, Groot and Rocket Racoon, Mystique, Storm, and Doctor Doom, in the Marvel update. The heroes and villains join forces to defeat the big baddie, Galactus, also known as the Devourer of Worlds.

Fortnite's premium content, the 'Battle Pass,' gives the player exclusive content to access and play. Apart from its exclusive content that spans over the entire game, the Battle Pass is crucial to acquiring specific characters and challenges to fully unlock its skin and abilities.

According to Sporting News, Fortnite's Battle Pass costs roughly around $25 that translates to 2,800 V-Bucks, the in-game currency. A second option costs $10 and gives 950 V-Bucks. Players can gain more V-Bucks upon unlocking the game's Battle Pass and earn as much as 1,500.

The Battle Pass purchase immediately grants players the eight playable characters to go around and wreak havoc against others. However, these characters need hard work and serious game time for unlocks at a specific tier.

Fortnite requires extensive game hours to work one's way up the Tiers to experience each unique Marvel hero or villain. In Wolverine's case, players are set to a series of adventures and missions to unlock the notorious X-Man in his classic yellow and blue suit.