[Guide] YouTube Shorts Is the New TikTok: How to Create a 15-Second Video Clip

Google recently launched its short-form video, the YouTube Shorts, which would directly compete with TikTok and Instagram Reels.

According to a blog post, YouTube Shorts is initially launched an early beta in India.  It allows users to express themselves within 15-second or less. It features a new camera and some editing tools that will be soon available within the next few weeks as well as other features that will depend on users' feedback.

In one of NBC's Dylan Byers podcast YouTube CEO Susan Wojcicki said that after introducing stories on YouTube, they have seen creators really engaging with stories. "So we will definitely continue to innovate in all the different format sizes, including really short-form video," she said.
The YouTube team that designed Shorts is focused on building its foundation across three main functions of creation, discovery, and viewing.

Creation - YouTube aims to make it easy and fun to create Shorts videos, testing some new tools for creators with the early beta version. These tools include a multi-segment camera that can collate multiple video clips, record with music option from a growing library, Speed controls that adds creativeness, and a timer for easy hands-free recording.

Discovery - Being seen by over 2 billion viewers every month would boost creators' entire businesses on YouTube, while the same developers want to create a growing community of short-video creators with Shorts.

Viewing Experience - YouTube has also introduced a new viewing experience to allow watching one video to the next by simply swiping vertically while discovering other short videos. 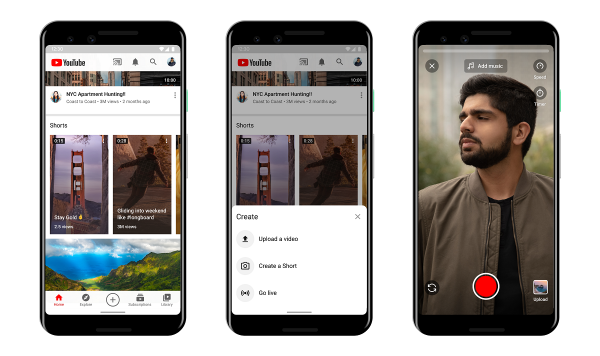 As a new feature, there are lot more to see with YouTube Shorts in the coming weeks. In the meantime, continue reading to learn how to create a 15-second video with Shorts.

Most people may be familiar with creating short TikTok videos, which is almost similar with Instagram's Reels. However, as the newest platform, here is how to create posts in YouTube shorts. 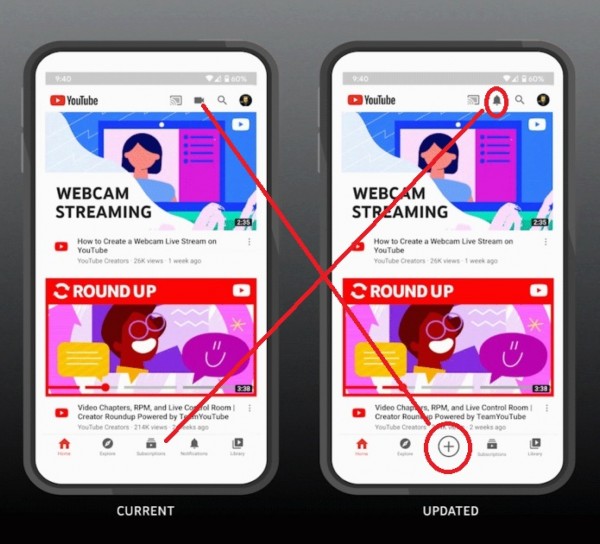 For Android users in India, the "Create" icon was transferred to the middle of the navigation bar at the bottom of the screen for easier access. It replaced the notification icon which was moved to the upper right-hand corner showing the bell icon.

For those who have access to the Shorts camera

For those who do not have access to the Shorts camera

The Shorts camera takes up to 15 seconds video while users can upload clips of up to 60 seconds. Like any beta version, YouTube will be rolling out updates in the coming weeks based on users' feedback. We will give an update on this new YouTube feature.

Read also: Facebook Starts Purging Posts Involved in the Cause of Oregon Fire