The Chinese multinational technology conglomerate and holdings company, Tencent, faces a massive problem in its operations in the United States. Its application, WeChat, is subjected under a US Executive Order that disrupts app usage. Tencent faces a more serious problem, compared to fellow Chinese, ByteDance, under the executive order issued over a month ago.

President Donald J. Trump previously threatened to remove two Chinese applications that present a massive nationwide concern on data security and privacy that risks millions of American information. Among the two applications were TikTok and WeChat from ByteDance and Tencent, respectively.

The executive order filed one month ago on August 6; both have a 45-day deadline for both applications to find US counterparts and stop the Chinese management on American data. The 45-day deadline would be happening less than 72 hours or three days from now, on September 20.

The deal is kinder to TikTok and ByteDance as the company is allowed to resume its operation provided that a local corporation or company would manage its American stakes and operation rights in the US, Canada, and New Zealand. TikTok's impending shutdown and doom took quite a turn with Oracle's plan to purchase the rights, becoming ByteDance's technology partner. 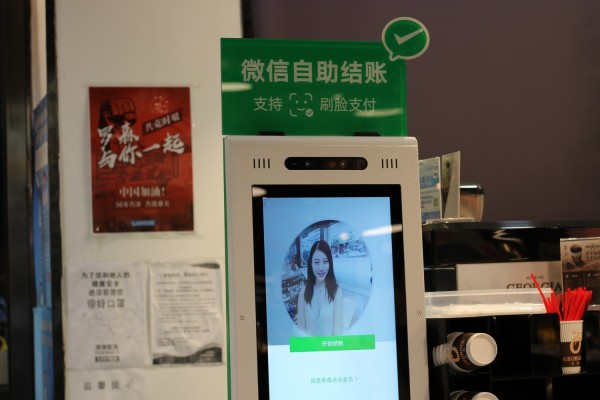 Tencent's WeChat, on the other hand, is facing the harsher end of the stick as the application does not plan on selling operation rights. The company and application, along with an alliance of users, try to battle and protest against the application's unlawful banning.

ALSO READ: Uber is Down, and The Future is Uncertain

Justice Department: WeChat Users, You get a 'Free Pass'

The US Justice Department, who holds the case and closely monitors its progress with the social messaging application, WeChat, announces today that the application's users would not receive or face any penalties under the executive order.

According to Tech Crunch's report, the Secretary of Commerce, Wilbur Ross, did not clarify what transactions are prohibited under the US Executive Order that restricts the entirety of WeChat. The US Government also clarifies that there would be no penalties or harm to occur WeChat users who downloaded the application for personal and legitimate business transactions.

The application's users will not be reprimanded or threatened by the executive order, despite its rejection and bad image in the American courts and government. 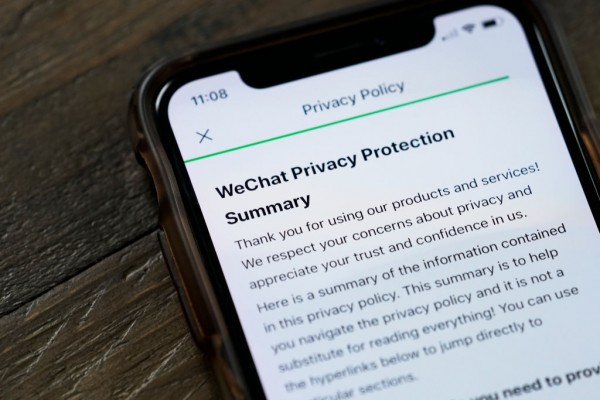 (Photo : (Photo Illustration by Drew Angerer/Getty Images))
WASHINGTON, DC - AUGUST 07: In this photo illustration, the WeChat privacy policy is displayed on an Apple iPhone on August 7, 2020 in Washington, DC. On Thursday evening, President Donald Trump signed an executive order that bans any transactions between the parent company of TikTok, ByteDance, and U.S. citizens due to national security reasons. The president signed a separate executive order banning transactions with China-based tech company Tencent, which owns the app WeChat. Both orders are set to take effect in 45 days.

Tencent's WeChat is the only communication mode that connects people from mainland China to the outside world. Facebook's Messenger and WhatsApp are both banned in the Asian country, and Tencent's application is the only bridge for families and businesses to connect China to the world.

The 45 day-deadline of the US Executive Order for the social messaging application, WeChat, is nearing its end. The fate of Tencent's application still has no certainty regarding its future operations in the country.

A non-profit organization that calls themselves 'WeChat Alliance' is now fighting for the application's survival and continued operations in the country. However, the government recently filed a preliminary injunction that prohibits the organization from doing anything.

The US government is indeed tightening its grip on WeChat's future and operations in the country. Tencent and the application assure that no data is taken from the United States, but this does not stop the country's continued fight against the app.

WeChat's future is uncertain, and its reign may come to an end once September 20 reaches.