Some people are afraid to go to the dentist, especially the kids. This dental surgeon could add to your fear since he rides a hoverboard during tooth-extraction.

The 34-year-old Seth Lookhart, a dentist in Alaska, was trialed after a video of him riding a hoverboard while operating a patient was leaked.

"And then, after that, you bragged about it in your texts," added the Judge.

Veronica Wilhelm, Lookhart's patient, said that what he did was "narcissistic, crazy, and outrageous." The dentist performed the tooth extraction on Wilhelm in July 2016.

He was accused of filming himself during the operation while riding the hoverboard. In the video, he was seen raising his arms as if he is in victory.

The dentist even texted the video to at least eight people, saying that his actions are the "new standard of care." The patient said that she was unaware that the dental surgeon used a hoverboard during the tooth-extraction until the investigators informed her.

Lookhart apologized to the court during trial while reading a prepared statement. He said that he was able to provide care and alleviate his patient's pain. However, he added that he should have focused and maintained better discipline while serving a patient base he came to love.

Other unlawful acts of Lookhart

The trial evidence showed that Lookhart also left other patients unattended while sedated. Some of them nearly died because of breathing and heart complications. 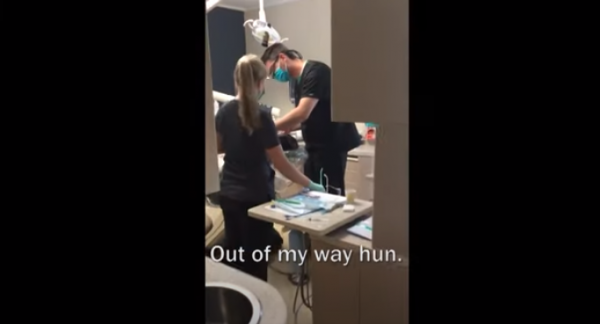 The patients testified that they woke from anesthesia and found out that the dentist removed the false teeth and strayed from the agreed treatment plans. Lookhart was sentenced to 12-year imprisonment because of other unrelated allegations of theft.

He was accused of engaging in Medicaid fraud, billing at least $1.8 million to the medical company, and stealing over $250,000 from other business partners. Kevin Fitzgerald, Lookhart's attorney, pleaded for leniency during the sentencing.

He said that the dentist faced lawsuits, lost his business, and subjected to "negative publicity." The Alaska Dental Board suspended his dental license after launching an investigation about a year after the incident.

The court records stated that Seth Lookhart was due back in court on Dec. 7, when he was expected to start serving his sentence.