Oil spills could severely damage oceans and marine animals. Previously, a ship accident in Mauritius led to a massive oil spill that kept getting bigger. 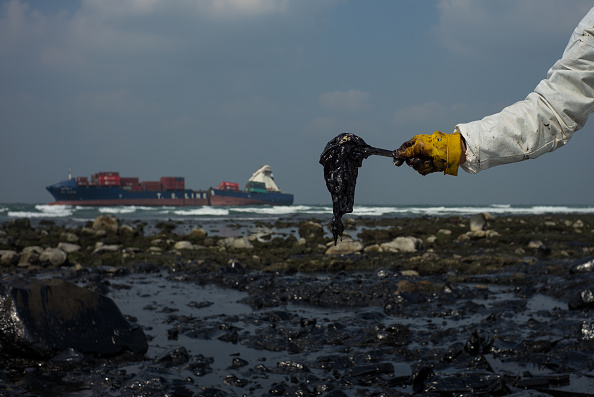 (Photo : Photo by Billy H.C. Kwok/Getty Images)
SHIHMEN, TAIWAN - MARCH 26: A resident shows an object contaminated by oil in a coastal area affected by an oil spill near Taiwan's north coast on March 26, 2016 in Shihmen, Taiwan. An oil slick from a container ship which ran aground off Taiwan's north coast caused nearly 1,000 tonnes of oil gushing out of the vessel, possibly causing massive devastation to the area's sea life as workers srambled to contain the leak.

Scientists created autonomous robots, special sponges, and magnetic soap to tackle oil spills, which usually take months or years to clean up. Vikas Nandwana, a Ph. D. student, and Vinayak Dravid, a professor at the Northwestern University of Illinois, claimed that their latest invention could answer clean oil spillages in the oceans.

"As long as fossil fuels are still in circulation, there will always be oil spills," said the professor.

"We wanted to create a technology which can make cleaning oil spillages much easier and, more importantly, much cleaner and safer for the environment," he added.

The two researchers developed a special sponge that could separate the oil found in the ocean water. They covered the sponge with a carbon-based surface and magnetic nanostructures coating.

This magnetic sponge could selectively soak up oil spills and resists water. It works by binding to the oil molecules, storing and capturing the oil until a person picks it up and squeeze the harmful substance out.

The innovation could absorb more than 30 times its weight in oil.

The researchers conducted an experiment to mimic the natural waves of the ocean. They put the sponged on a "shaker" submerged in water. 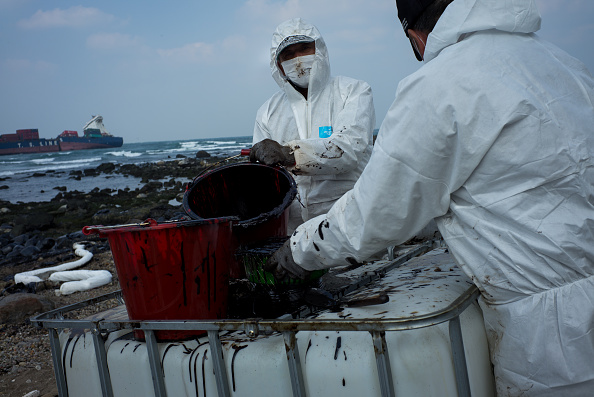 (Photo : Photo by Billy H.C. Kwok/Getty Images)
SHIHMEN, TAIWAN - MARCH 26: Residents process contaminated wastes in a coastal area affected by an oil spill near Taiwan's north coast on March 26, 2016 in Shihmen, Taiwan. An oil slick from a container ship which ran aground off Taiwan's north coast caused nearly 1,000 tonnes of oil gushing out of the vessel, possibly causing massive devastation to the area's sea life as workers scrambled to contain the leak.

It only released less than 1% of the oil it had absorbed, even after vigorous shaking. This means that the special sponge could retain most of the oil it captures even if strong waves arrive.

Dravid claims that their invention could help save the flora and fauna corals on Mauritius' shores. He also said that the sponge's biggest advantage is how it can be made into balls to be left in a soil pit or oil-laden sand.

This design would allow it to absorb the oil in days, and it could also be reused. On the other hand, Nandwana said that innovation is just like a "Swiss army knife."

The researcher explained that the magnetic sponge is a "nanoscale solution" to a "gigaton problem." He added that the oil recovered using the invention could be sold back to the one responsible for the oil spill.

They hope that their new invention could also be recycled and used as an electrode for lithium-ion batteries.