Parrots are one of the most amazing animals because of their ability to mimic human speaking ability. But, would you still love these birds if they start cursing and swearing at you? 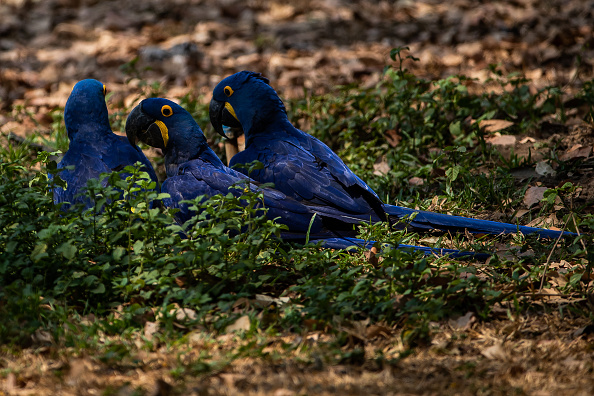 (Photo : Photo by Buda Mendes/Getty Images)
POCONE, BRAZIL - SEPTEMBER 24: Hyacinth macaws walk on the ground in Pantanal on September 24, 2020 in Pocone, Brazil. Pantanal is located mostly within the Brazilian state of Mato Grosso and Mato Grosso do Sul and is the world's largest tropical wetland area, and the world's largest flooded grasslands. The region is considered by UNESCO as a World Natural Heritage and Biosphere Reserve. Since the beginning of September, more than 5,000 fires have been registered. The main cause of the induced fires is the livestock activity to transform the region into pastures. The biome has been going through four months of drought, which makes fire control difficult. The situation severely affects the local fauna and flora, which consists of thousands of species, some even endangered.

An English wildlife park had no choice but to remove a group of parrots after they began swearing at the guests. On Aug. 15, the Lincolnshire Wildlife park adopted the five parrots, which were believed to have quarantined together in the same room and apparently taught each other to speak bad words.

Also Read: [VIRAL] Elon Musk's Tweet Predicting COVID-19 Cases in the US Receives Bashing; Here Are The Funny Replies on His 'What Can't We Predict'

"Every now and then, you'll get one that swears, and it's always funny. We always find it very comical when they do swear at you," said Steve Nichols, the park's chief executive.

He added that the wildlife park's employees could not help but smile while the animals cursed the visitors, explaining that their laughing might have encouraged the birds to continue swearing.

Although it should not be an issue, Nichols said it became one after the birds learned to laugh and encourage other parrots to curse. The park had no choice but to keep them away from guests' sights.

However, when they were put back, their swearing resumed. In just 20 minutes of being on display, the parrots began cursing the visitors again and had directed obscene language at a group of people.

Although the parrots cursing could have offended some guests, Nichols said that the animals had brought some light-heartedness to the park, especially during the ongoing pandemic. The Lincolnshire Wildlife Park also has other parrots with unique abilities. 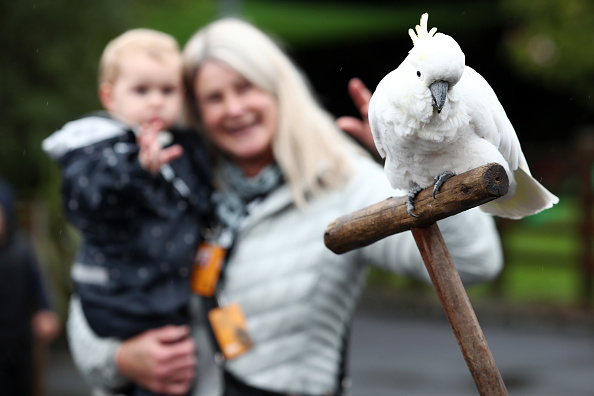 (Photo : Photo by Fiona Goodall/Getty Images)
AUCKLAND, NEW ZEALAND - MAY 27: Visitors brave the rain to see 'Captain' the cockatoo at Auckland Zoo on May 27, 2020 in Auckland, New Zealand. Auckland Zoo has reopened with additional safety measures in place following the easing of coronavirus restrictions under COVID-19 Alert Level 2. With numbers limited per day, visitors must book online and use a virtual queuing system to allow contact tracing and ensure staggered arrivals at the Zoo's entrance. Hand sanitiser stations have been installed, along with signage to remind guests to maintain physical distance from other groups.

Earlier in September, Chico, the singing parrot, gained the attention of the park's visitors. The video of the birds singing "If I Were a Boy" went viral.

The park's chief executive said that Chico's previous owner had been a Beyonce fan. He also said that the parrot could also sing other songs, such as those of Lady Gaga, Queen, and Gnarls Barkley.

He added that the park was already visited because of the singing bird, and now people want to see the place to here obscene language.

Also Read: VIRAL: Among Us or Spacemen? Reddit's Halloween Costume Idea Can Also Protect You While Trick or Treating!