The self-established American make-up artist and cosmetics company founder, Jeffree Star, is now offering to pay Twitter fans and the public's pandemic bills, during this time of need, through #JeffreeStarByeBills hashtag and Cash App fund transfer. The popular YouTuber and Social Media Influencer aims to provide assistance to those who are experiencing hardships in paying their bills during this pandemic.

Famous YouTuber and Influencer, Jeffree Star, is known for his line of cosmetics that gives the user an array of colorful pallete for the skin. Jeffree Star is also known for his dramatic YouTube persona that reviews several beauty products that most subscribers find very helpful in the community. 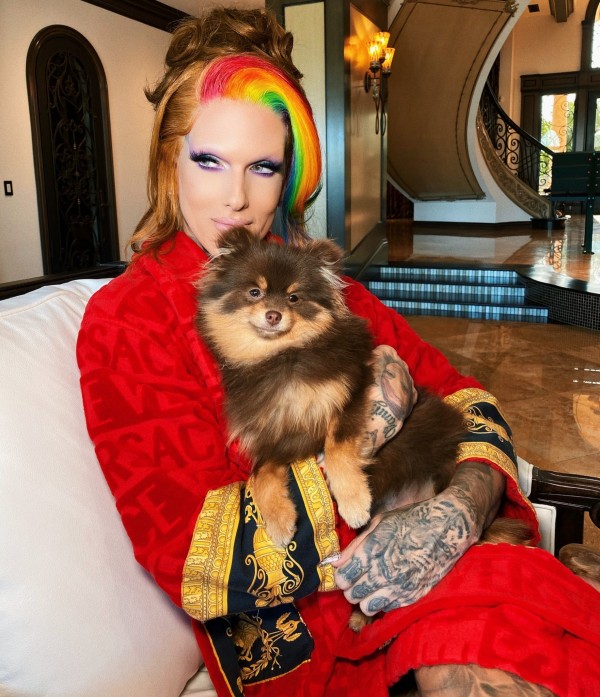 On recent news, Jeffree Star is aiming to help the public through Cash App payments, particularly, on their bills during the hard times brought by the Novel Coronavirus, that has been plaguing the world for several months now. The influencer brought the 'crowdsourcing' for possible beneficiaries on Twitter, through the hashtag #JeffreeStarByeBills.

Serious question, who needs their bills paid tonight? Drop me your @CashApp username and use #JeffreeStarByeBills - Time to help as many as I can tonight, thank you for all the support — Jeffree Star (@JeffreeStar) October 1, 2020

The public are now sharing the hashtag and engaging with the tweet, which caused a massive trend on Twitter. Jeffree Star's tweet and hashtag is the number one trend for the country today, with more than 58 thousand engagements on Twitter.

The pandemic rendered many people, including single parents, the elderly, and the less fortunate to lose more through the world and country's lockdown. Several people are also forced out of employment due to the economic downfall and industry decline.

#JeffreeStarByeBills My car burned up yesterday with me in it! Thank good I made it out safely with my children. This would make my entire life. I made a Twitter for this specifically ️ $yachoree - cashapp I can send more proof privately pic.twitter.com/sreyNs55IV — Zaynashakir (@Zaynashakir1) October 1, 2020

Two months ago I was in an accident and I ruptured four tendons in my hand. I need a second surgery and will be out of work an additional three months. I just want to be able to pay my mortgage and feed my family $mbrandon1992 #JeffreeStarByeBills pic.twitter.com/gNZ8HNpMTW — Miranda brandon (@Mirandabrando13) October 1, 2020

@JeffreeStar @Mooka1997 #JeffreeStarByeBills I need my bills braid through this hard time I can’t even work always at Yale new haven with my son pray for him guys please pic.twitter.com/9mKERQO1Rk — Pretty Mooka (@SavageMooka) October 1, 2020

I have 6 grand left in student loans and I’m a single “mom” raising my niece after her father died in a car accident a few years ago and her mothers been struggling with addiction her whole life. This is Jemma ️ #StudentLoans #JeffreeStarByeBills  @JeffreeStar pic.twitter.com/z5cvYzWReb — Sarah McNamara (@SarahMakk) October 1, 2020

The pandemic took a toll on the world and some are left without any means of livelihood to support their daily lives. #JeffreeStarByeBills is now offering to aid those in horrendous situations and little by little, help those in need. Jeffree Star aims to help people via the Cash App, a mobile service payment application by Square, Inc.

Several users used the hashtag #JeffreeStarByeBills to convey their opinion and take with regards to the online charity donation drive. Twitter users argue that a majority of people are 'cancelling' the social media influencer before the bills payment act, but are now asking him for help.


Jeffree Star did not mind the criticisms and shade thrown at him, and still decides to go forth with extending help to those in need. Currently the tweet gained 38 thousand likes with almost 10 thousand retweets (quote tweets included).

I just checked this guys account who asked for help, and he's said some mean things about me in the past.
I still sent him money and pray he has a better week ️ — Jeffree Star (@JeffreeStar) October 1, 2020