On Friday, Oct. 2, the world was shocked to find out that President Donald Trump has acquired the viral Coronavirus disease. Experts figured out that the President poses higher risks due to his older age. As expected, misinformation arose after the White House announced his condition, including his rumored death. But on Saturday, Oct. 3, Trump clarified himself, answering all fake news circulated. 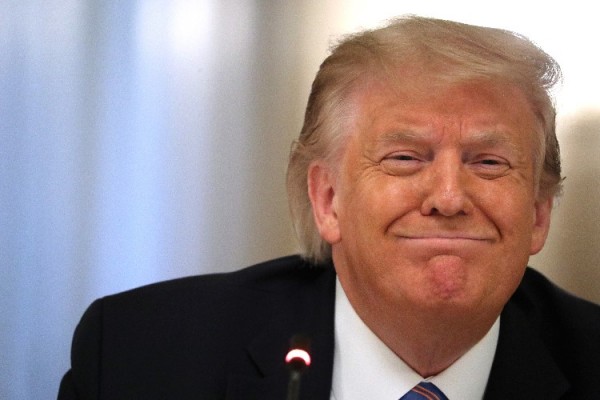 (Photo : Photo by Chip Somodevilla/Getty Images)
U.S. President Donald Trump meets with students, teachers and administrators about how to safely re-open schools during the novel coronavirus pandemic in the East Room at the White House July 07, 2020 in Washington, DC. As the number of COVID-19 cases surge across southern states like Florida, Texas, Louisiana, South Carolina and Arizona, Trump joined with guests from across the country to discuss how to responsibly return to the classroom.

Since the announcement of Trump's infection to COVID-19, many fake news emerged, including the 'death wishes' of the President of America.

Twitter even has to remove all posts wishing for the President's death, as reported via Tech Times.

On Saturday, Oct. 3, President Trump himself debunked all these fake claims and explained that he is now 'feeling good' than before.

In a viral 4-minute video posted on his official Twitter account, Trump was seen wearing a coat without a tie and seemed to be subdued but okay.

He said that he was beginning to feel better and hoped to be 'back soon' to get to work. 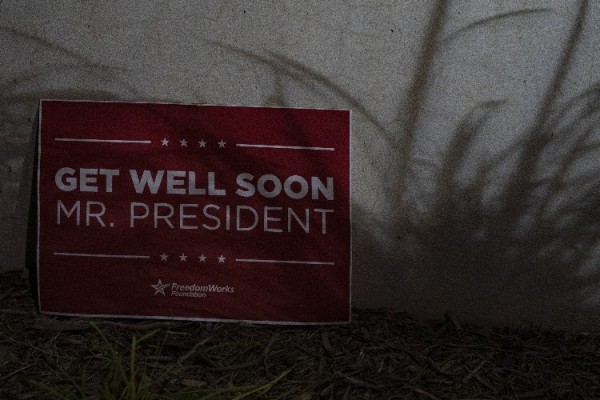 (Photo : Photo by Alex Edelman/Getty Images) A sign left by supporters of U.S. President Donald Trump are seen during rally outside Walter Reed National Military Medical Center on October 3, 2020 in Bethesda, Maryland. Trump arrived at the hospital yesterday after testing positive for COVID-19.

Though now we're sure that President Trump is feeling much better than before, his Chief-of-staff believes otherwise. New York Times reported that Mr. Trump's chief of staff, Mark Meadows, said his symptoms were "very concerning."

"The president's vitals over the last 24 hours were very concerning, and the next 48 hours will be critical in terms of his care," Meadows told reporters outside Walter Reed. "We're still not on a clear path to a full recovery." However, the White House physician, Dr. Sean P. Conley, told the media that the president had made "substantial progress since diagnosis." He said that Trump is now "fever-free and off supplemental oxygen."

This article is owned by Tech Times Written by Jamie Pancho