WWE Will 'Smack Down ' But On Wrestler's Twitch Accounts in Four Weeks—CEO Vince McMahon Says Third Party Engagements are Prohibited!

The famous entertainment television show that popularized several actors and stars in the limelight, World Wrestling Entertainment, Inc., now reveals that it will take down WWE Wrestler's Twitch accounts in four weeks after telling them to develop their brands. WWE Wrestlers could no longer "engage with outside third parties" from the takedown and the foreseeable future.

WWE Chief Executive Officer and big boss, Vince McMahon, issued a proclamation last September that prohibits said wrestlers from engaging with the public through third-party applications or platforms. The wrestlers were given 30 days to remove, terminate, and deactivate their own 'third-party' activities and are now exclusive to the company's television show.

The reason for this ban is due to certain wrestler-influencers using their names and 'likeness' that proves to be 'detrimental' to the company. According to Gizmodo, McMahon issues this new order among its talents bound to a contract under the company.

WWE and its CEO are known to name these individuals as 'independent contractors,' saying that they should find ways to 'develop their own brands' apart from the company. That statement and decision now see a 360-degree turn, as it is reversed, and McMahon issues strict compliance among its contractors. 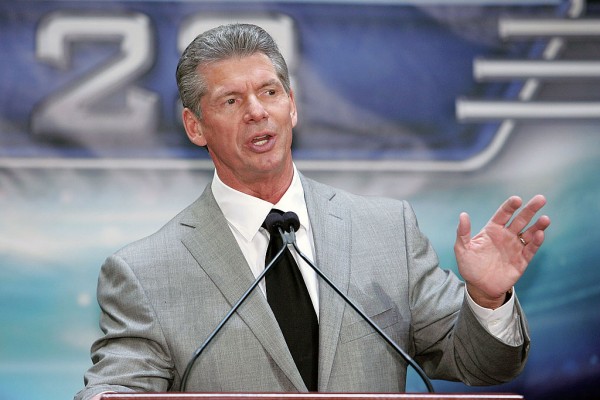 The famous television show and company's wrestlers are now backed into a corner, with no options to choose from. Vince McMahon further says that 'continued violations' will face the consequences, penalties, and even termination from the company. WWE's stakes on its wrestlers show a grueling hold on their individual identities as part of the company.

According to Wrestling Inc., in four weeks, the entertainment company would own the wrestlers' accounts, either in social media and social streaming platforms such as YouTube and Twitch. This will enable the company to have stakes on the operations and content that will be released on said platforms.

The wrestlers can keep and manage their accounts; however, WWE would have a significant stake that can even lead to the company receiving a massive percentage of the revenue from its talents. WWE's wrestlers are to be given a percentage in their own stream's monetization program, but this does not guarantee the entirety of their performance's worth.

Wrestlers are given a chance to perform on these said platforms and social media websites with their real names, not their WWE personas. Despite WWE allowing the wrestlers their own stream's stakes, they still need to inform the company of each account. This week's start surprised wrestlers with the Twitch take over by WWE, coming off as a bad new for them.

A former presidential candidate of the Democrats, Andrew Yang, criticized this move of WWE, particularly its CEO's decision to take away the streaming and 'third-party engagement' rights on its wrestlers and talents. The politician calls this move to be shameful and pledges to eradicate this company's labor abusive behavior.