US Vice Presidential Debate 2020: When, How, Where to Watch it Online

Hours from now, the much-awaited United States Vice Presidential Debate 2020 is about to happen. Republican Vice President Mike Pence and Democrat Senator Kamala Harris will have their very first and only debate, happening on Tuesday, Oct. 7 at the University of Utah. Here are the full details about the debate that you should know. Where, how, or when to watch the Pence vs. Harris debate.

VP Debate 2020: Everything you should know 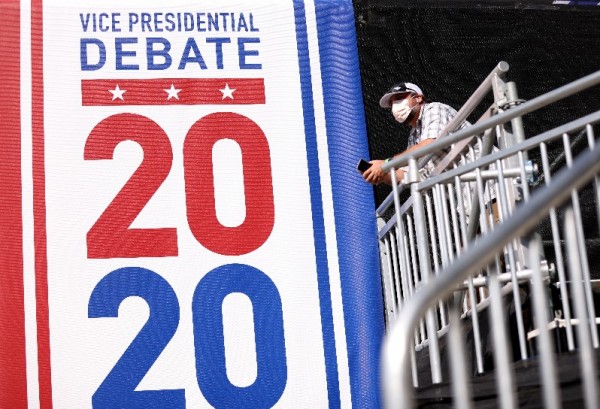 (Photo : Photo by Justin Sullivan/Getty Images)
A worker stands next to a sign that reads "Vice Presidential Debate 2020" outside of Kingsbury Hall ahead of the Vice Presidential debate at the University of Utah on October 06, 2020 in Salt Lake City, Utah. Vice President Mike Pence and U.S. Sen. Kamala Harris (D-CA) are set to debate on Wednesday, October 7

After the first Presidential debate between President Donald Trump and candidate Joe Biden, it's now time for Vice President's candidates to take the stand.

Two prominent candidates on the position are the current Vice President Mike Pence of the Republican party, versus Senator Kamala Harris of the Democrat party.

The students from the University of Utah will be the audiences of the program. However, there is still no given number of how many students will be guests.

Compared to the first Trump vs. Biden debate, the USA Today's Washington Bureau Chief Susan Page will be the debate's moderator. She will be the one choosing the topics that both parties will argue about.

Unfortunately, until now, the chosen topics are still unannounced. But it could involve the same questions with the Presidential debate. 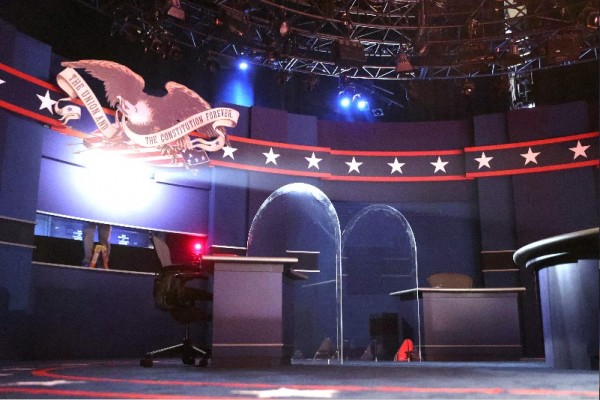 (Photo : Photo by Justin Sullivan/Getty Images)
Newly installed plexiglass barriers are shown on the stage ahead of the vice presidential debate in Kingsbury Hall at the University of Utah on October 06, 2020 in Salt Lake City, Utah. Vice President Mike Pence and U.S. Sen. Kamala Harris (D-CA) are set to debate tomorrow night.

Another thing that's different from this debate is that the stage will have more serious social distancing guidelines.

Plexiglass barriers will be put up between the two candidates and moderator Susan Page. They will also be sitting 13-feet apart from each other.

These changes were done in relation to the found COVID-19 positive attendees on the recent Presidential debate.

Where to watch online?

If you wanted to support your chosen candidate, here are the ways to watch the debate online via Tech Radar:

ALSO READ: 'How to move to Canada' Trends on Google Searches During Presidential Debate