U.S. Army and researchers at New York University achieved a new high-powered laser weapon breakthrough. Lasers and other laser technologies, such as spotters, and rangefinders, are already used in many applications, including Navy ships, fighter jets, hypersonic missiles, drones, and armored combat vehicles. 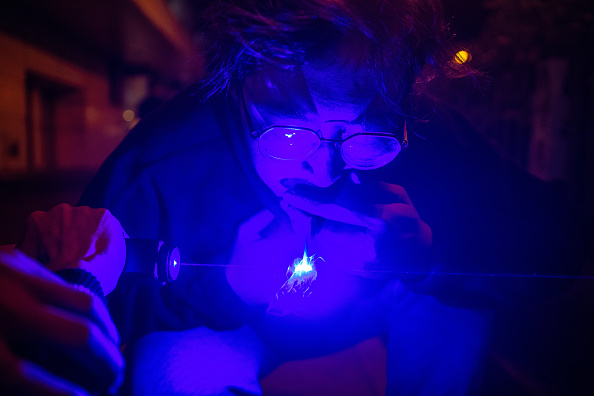 (Photo : Photo by Billy H.C. Kwok/Getty Images)
A protestor of the team lit a cigarette by a laser pointer after he successfully escaped the Hong Kong Polytechnic University (PolyU) by going through a sewer on the 6th night of siege on November 22, 2019 in Hong Kong, China. Over an extraordinary two-week siege at Hong Kong's Polytechnic University (PolyU), campus protesters staged daring escapes, abseiled down ropes and sought exits through the sewers since confrontations broke out with the police last month. Known to be one of the most violent clashes over the six months of anti-government protests, the tense standoff at the campus settled into a siege at Hong Kong's Polytechnic University with the police surrounding the complex and arresting anyone who emerged. Most of the protestors had remained trapped inside the campus as some managed to escape while others surrendered after desperately searching for a way out with only a handful left behind, secreted in different parts of the buildings hoping for the siege to end.

The Pentagon and military services are currently developing newer, more-mobile, and stronger laser weapons. They are conducting tests to improve laser scaling, weight, size, and power. These allow them to engineer lasers that can be used in fighter jets and even destroy enemy intercontinental ballistic missiles (ICBMs) in space.

NYU researchers and army developers achieved a technical breakthrough, allowing them to create longer-range, stronger, and more durable laser weapons. The breakthrough focuses on complex scientific advancement with photons and optics in the molecular and most elemental stages. 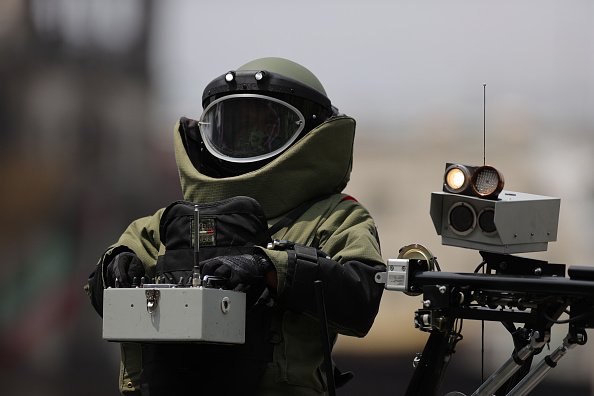 (Photo : Photo by Hector Vivas/Getty Images)
Soldiers look up towards President Andrés Manuel López Obrador during the Independence Day military parade at Zocalo Square on September 16, 2020 in Various Cities, Mexico. This year El Zocalo remains closed for general public due to coronavirus restrictions. Every September 16 Mexico celebrates the beginning of the revolution uprising of 1810.

Also Read: [VIDEO] US Hypersonic Nuclear Missile That Can Travel Faster Than Sound Tested by Pentagon; Is America Up to Something?

The scientists can now engineer a 3D photonic crystal lattice structure, which can contain and streamline the application of laser light more efficiently.

"If you take specific lasing technologies and put them inside of a photonic crystal there is no way for unwanted light to escape from the photonic crystal so the laser does not emit unwanted wavelengths to escape," said Dr. Evan Runnerstrom, the program manager at U.S. Army Research Office.

The scientists' concept is to create a symmetrical structure capable of managing light energy and prevent a small amount of it from leaking out of the main beam, using small particles.

Runnerstrom said that it is the first time they can use small particles' "self-assembly" to make a 3D diamond lattice, the first material formed before creating a 3D photonic crystal.

The program manager also explained that if they can properly design photonic crystals, the materials will allow them to localize light according to the ways they want and control the energy with sufficient precision.

For more news updates about other high-tech weapons, always keep your tabs open here at TechTimes.