After getting some intellectual property issues with Nintendo, TikTok star pokeprincxss has now rebranded herself in the online world. She also turned over portion of her revenue from her online merchandises.

Pokeprincxss who has 1.9 million followers and 66 million likes in TikTok as well a huge Twitch fan base is forced to change her online name to digitalprincxss after Nintendo filed a cease and desist, according to Gamerant as reported by Kotaku. 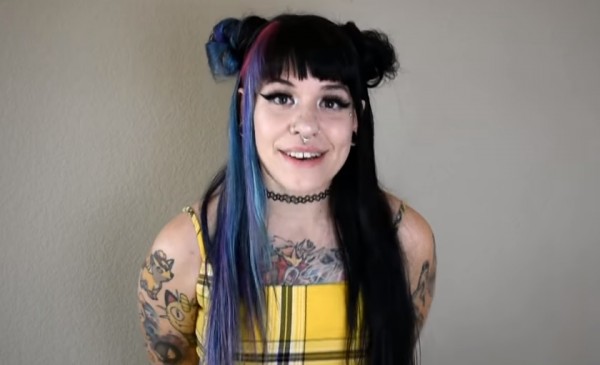 The TikTok star explained the situation in a video she shared on YouTube, why she changed her name and why Nintendo sued her. In the video, the now Digitalprincxss shared that she was contacted by Nintendo after she tried to get a trademark for Pokeprincxss.

Why did Nintendo sue her?

With a huge following on TikTok, pokeprincxss began capitalizing on her online brand by selling merchandises, including some shirts that feature some Pokemon characters. Then, she trademarked her username via a LegalZoom website.

However, she received an email from LegalZoom in August stating that Nintendo issued a cease and desist for her username as the company is protecting its copyright on Pokemon. Also, Nintendo does not want to get any affiliation with pokeprincxss as she also works in the adult entertainment industry, which conflicts with Nintendo's wholesome and family-friendly image.

"I was young and dumb and I was just going full force with it because I didn't know what I was doing was wrong," said pokeprincxss who thinks using the Pokemon images would actually fall under parody like other people who sells them online.The TikTok star who is directly inspired by the Pokemon franchise as she is covered with various Pokemon tattoos.

@digitalprincxss Thank you for all the support, i will no longer be pokeprincxss on Friday.  ♬ original sound - Digital

She was advised that some of her business interests are infringing their copyrights, including her username, which is Pokémon-related as well as her t-shirts and other merchandises, which feature Pokémon characters. The gaming giant Nintendo tend to track and eventually take down projects that use their copyrighted games such as Pokemon  and the Super Mario Bros.

On her rebranding to Digitalprincxss

The TikTok star's lawyer helped her resolve the Nintendo issues and complete her re-branding as digitalprincxss. While other fans suggested to the spelling of the name like "poke" to "poki," she said she does not want to get into more legal issues with

Nintendo. Some fans aired their concern that her new name may be associated with Pokemon rival Digimon. However, digitalprincxss believes she can confidently avoid any legal issues with Digimon since her brand does not bear any touch of the Digimon franchise.

Lol, digimon will not come after me for my name solely for the fact that nobody would confuse me with the company when my content/brand isn’t at all surrounded by digimon. — digitalprincxss (@digitalprincxss) October 10, 2020

Meanwhile, pokeprincxss believes that Nintendo got affected by her adult entertainment career, which led to the copyright issues. She noted that some people who have "poki" in their name did not get into any trouble with the gaming giant.

Despite what happened, pokeprincxss or digitalprincxss noted on her video that she does not have any sour feelings for Nintendo, but she felt upset of the whole ordeal. Nintendo played a big part of her childhood and she vowed to continue her support for the company, particularly with the Pokemon franchise. "I'll give my soul to Nintendo. After watching this video, go buy a Switch or something," said digitalprincxss.