Professor Patrick Windpassinger led the JGU researchers who were able to display the controlled transport process and dynamics with just a little impact on the stored light properties. Using ultra-cold rubidium-87 atoms as light storage, researchers were able to transport light for 1.2 millimeters. This light storage could provide an extended lifetime and a high level of storing efficiency. 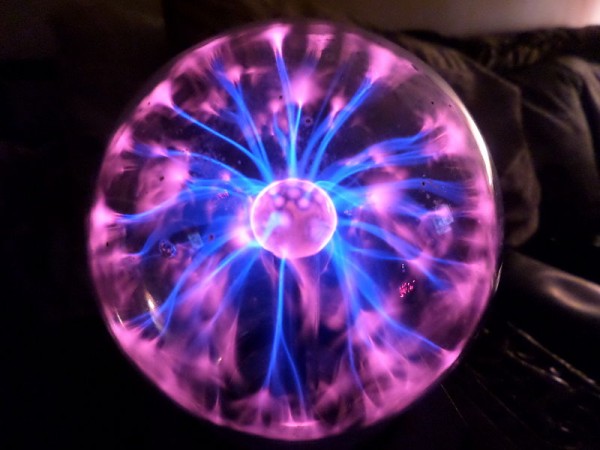 Prof. Windpassinger explained how they were able to store and transport the light. He said it was like enclosing the light inside a suitcase comprised of a cloud of cold atoms. Then, they moved the suitcase at a short distance and reopened the bag to get the light out again.

"This is very interesting not only for physics in general, but also for quantum communication, because light is not very easy to "capture," said Professor Patrick Windpassinger in an article in Phys.org,  adding that when light is transported to another location, "it usually ends up being lost." 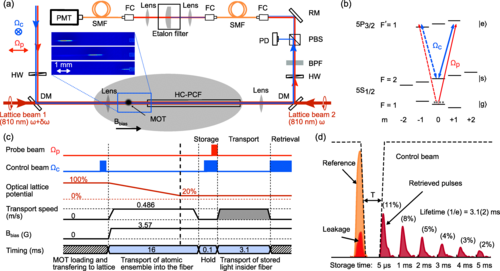 To achieve quantum communication advances, it is necessary to ensure proper storage of quantum information, controlled manipulation, and the ability to retrieve the data. This will also be useful in for performing quantum computer operations.

Prof. Windpassinger and his colleagues described the actively controlled transport of such stored light in the recent study published in the website of American Physical Society. The team developed a technique that allowed them to create clouds of cold atoms to be carried on two laser beams, which served as an "optical conveyor belt." This method allows the transport of a relatively huge amount of atoms while they are accurately positioned, avoiding any significant loss or of atoms and unintentional heating the atoms. 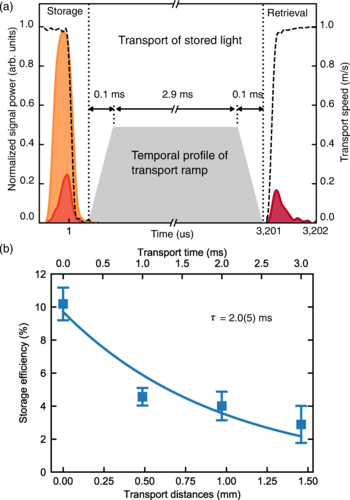 The JGU physicists have already successfully used this method in transporting clouds of atoms, which serve as light memory. The information stored in light can be later retrieved in another location.

The future objective for quantum transport

Optical quantum memories are vital in building scalable networks of quantum communication. These memories allow the storage and retrieval of quantum information, which are carried by light. They are also significant parts in building quantum repeaters as well as tools used in linear quantum computing.

In recent years, atomic ensembles are proven to be suitable for storage and retrieval of optical quantum information. In this process, incident light pulses are trapped and mapped coherently to create collective application of energy using the electromagnetically induced transparency (EIT) technique. The process is highly reversible, which allows to be retrieved at high efficiency.

In the future, researchers hope to develop new quantum tools and devices such as a light racetrack memory, equipped with separate writing and reading sections. However, researchers would still need to refine the concept to achieve or probably develop a more advanced technology in the future.

Meanwhile, scientists from the University of Chicago's Pritzker School of Molecular Engineering claimed to have discovered a simple tweak that will extend the life of quantum systems for up to 10,000 times longer. They claim this would revolutionize quantum computing, sensing, and communication.

ⓒ 2021 TECHTIMES.com All rights reserved. Do not reproduce without permission.
Tags: Physics Quantum Science
Most Popular