A remote exam software called ExamSoft keeps on crashing during the bar exam in Michigan. The students complained that they could not pass the log-in page, but the exam's timer still continued. 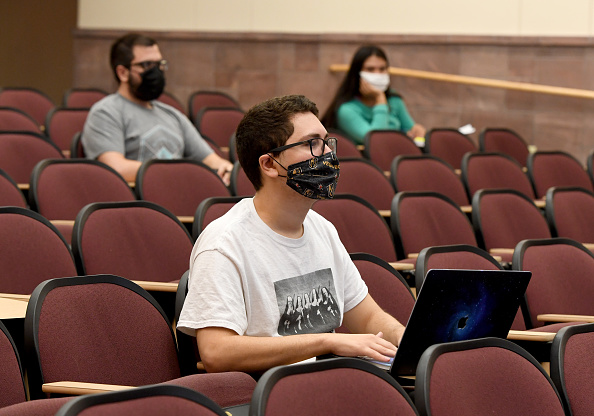 (Photo : Photo by Ethan Miller/Getty Images)
UNLV students, including senior Nick Ferrari (C), attend Jury Decision Making, a criminal justice class taught by UNLV Department of Criminal Justice chairman and professor Dr. Joel Lieberman, at UNLV amid the spread of the coronavirus (COVID-19) on September 9, 2020 in Las Vegas, Nevada. Although it is an in-person class, Lieberman allowed the students to choose how they would attend, in person or online, with the choice almost evenly split between the two.

ExamSoft was developed to administer the test and proctor it remotely. The developer said that the technical problem was caused by a sophisticated cyberattack, which targeted the log-in process.

Also Read: Podcasts Could Allow Someone to Track You; Downloading It May Pass Some Personal Data

The company said they were able to get the exam back on track, saying no data was compromised. Nici Sandberg, a ExamSoft's spokesperson, said that they are now making some improvements on their security against future cyberattacks. This is not the first time that the remote exam software faced some issues.

Molly Savage, one of the students who took the bar exam, said that she will be taking the test remotely after she graduates from Wayne State University's law school. She took the final seven-hour bar exam in July to have her license to practice law. 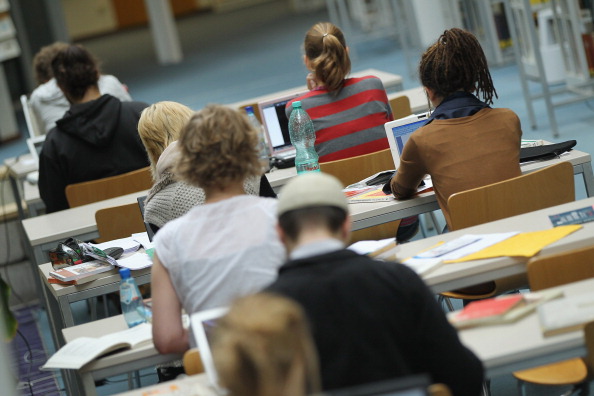 (Photo : Photo by Sean Gallup/Getty Images)
Students study with their laptop computers in the Pedagogical Library at the Freie Universitaet university on September 20, 2011 in Berlin, Germany. German universities recorded a record 2.218 million matriculations in the 2010/2011 winter semester, a rise of 4.5%, and expect even more students in the coming winter semster, which starts in October. The end of compulsory military service in the Bundeswehr, the German armed forces, which went into effect earlier this year, is a major contributing factor to the rise in the numbers of students arriving at universities across the country.

She said that during the test, she had a bit of trouble finding the computer that can run the ExamSoft. The student added that the software was a bit creepy since it films test-takers through their cameras.

"Who's actually reviewing this?" asked Savage. "Is it a human being who's reviewing it in real time?"

According to The Next Web's latest report, after noticing that the remote exam software was recording them during the bar exam, Savage also said that she wasn't able to pass the log-in page midway through her test.

The unfortunate student said that the already high-stress bar exam became "kind of chaos" for students because the AI proctor keeps on crashing.

Related Article: Your Boss Is Possibly Spying On Your Laptop or PC While Working At Home