The latest "Pokemon GO" 0.189.0 APK breakdown is rolling with hints about the upcoming Halloween event for the next few weeks along with some updates of AR scanning for Gyms and Pokestops.

Pokemon GO Hub, known for releasing leaks and updates about the Niantic game, revealed that a Halloween logo will be used for the event. There will also be three different gift boxes with spooky designs, new pokemon, new moves, and others.

It was previously reported by Game Rant that Giratina, a Ghost/Dragon Legendary Pokemon will be returning for a limited time in a five-star raid. However, fans are not that pleased since this is not the first time that Giratina became part of a raid and its overused in the game.

The appearance of Giratina in the Halloween event is actually just right considering that this is a Ghost-type Pokemon. This legendary pokemon, which looks like a spectral serpent, will be available October 9-23 in its Origin Forme. 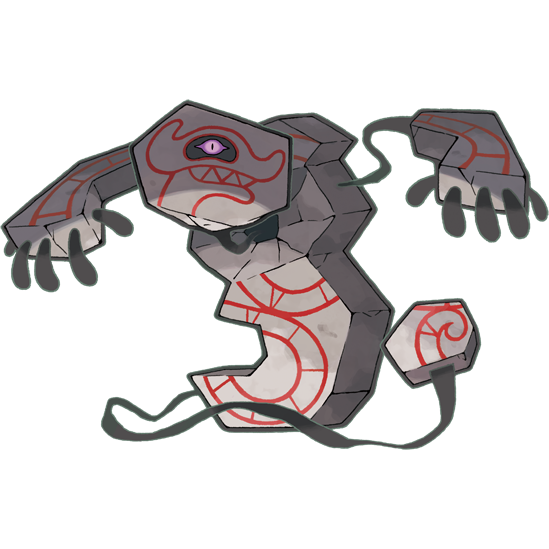 Apart from Giratina, Runerigus, the evolution of Galarian Yamask, will be joining the game. However, this does not mean that Runerigus will be released in this year's "Pokemon GO" Halloween event.

Introduced in Generation VIII, Runerigus (Deathbarn) is a dual-type Ground/Ghost Pokémon. To get to this form, Galarian Yamask should travel under the stone bridge in Dusty Bowl. However, it is required for Yamask to take at least 49 HP in damage without fainting.

Tied with a green riboon, one of the gift boxes has orange pumpkin colors which seemingly resembles the creepy carved mouth of a pumpkin. Another one is gray with striped dark violet ribbon and cobweb design while the third box is red with black and white polkadot ribbon. However, the content of the boxes are not yet confirmed.

Some new spooky boxes are included in this update! pic.twitter.com/Ui0B5YhWAd — PokeMiners (@poke_miners) October 13, 2020

The code SABLEYE_COSTUME_2020 suggests that there will be a new costume for Sableye, which is also a Dark/Ghost-type Pokémon introduced in Generation III. Read Also: 'Pokemon GO' Grubhub Special Weekend Event Might Be Your Chance to Encounter Shiny Ferroseed!

.V0346_MOVE_INCINERATE_FAST .V0347_MOVE_DARK_VOID This suggests that Incinerate and Dark Void are moves that will be available for some pocket monsters in the upcoming event or in the near future. "Pokemon GO" players are aware that Dark Void is a signature move of Darkrai. The code manifest that Dakrai will be returning to Tier 5 Raids. It is possible that this Dark-type Mythical Pokémon will be part of the Halloween Event.

There is also a slot for a facemask which includes a basic mask, Halloween masks, and a Verizon mask.

Apart from the codes mentioned above, there are also codes for a separate Sticker Inventory, improvement for friend's list with an added Queue Friend Profile code, event bonus box icons, and other improvements. --

And finally, there is a new icon that appears when you have a sticker on a gift. And that's it for this teardown! Stay tuned for our In-Depth report! pic.twitter.com/nIxnVUTBDC — PokeMiners (@poke_miners) October 14, 2020

This is one aspect that has a lot of changes inlcuding a Geofence Addition which suggests that there will be a particular quest depedning on your location or that of a nearby Gym or Pokestop. The update will also direct you to certain stops which you need to scan.

There are also codes for Real World Adventure Sync which might allow "Pokemon GO" gamers to change the apps that are linked to Adventure Sync. It is also possible that this can help syncronize one's steps and location.

Fans of the mobile game are excited for the announcement of the Halloween event which will surely be out real soon knowing that the Autumn Event will happen on Oct. 19.

This "Pokemon GO" leak is subject to change since this is not an official release from the game's creator, Niantic.

"Pokemon GO" is available on both Android and iOS devices in selected areas.