WATCH: James Bond Uses 8,400 Gallons of Coke to Complete an Extreme 'No Time To Die' Stunt

Daniel Craig, aka James Bond, completed a heart-pounding motorcycle stunt with the help of 8,400 gallons of coke. James Bond's official Twitter account confirmed that the new action movies will be delayed until April 2, 2021.

MGM, Universal and Bond producers, Michael G. Wilson and Barbara Broccoli, today announced the release of NO TIME TO DIE, the 25th film in the James Bond series, will be delayed until 2 April 2021 in order to be seen by a worldwide theatrical audience. pic.twitter.com/NqHlU24Ho3 — James Bond (@007) October 2, 2020

"MGM, Universal and Bond producers, Michael G. Wilson and Barbara Broccoli, today announced the release of NO TIME TO DIE, the 25th film in the James Bond series, will be delayed until 2 April 2021 in order to be seen by a worldwide theatrical audience," he captioned.

The account added that they are now looking forward to sharing the latest 007 film in 2021.

The Daily Mail UK reported that most people who watch James Bond films know that 007 is somewhat biased to a vodka martini.

If that's the case, why did the producers of "No Time to Die" used coke instead of the alcohol beverage? Using coke can make the filming location less slippery so that the motorbike stunt will be executed smoothly.

Splashing 8,400 gallons of coke in the streets

According to LADBIBLE's latest report, the production team paid $71,000 or £55,000 for the 8,400 gallons of Coca-Cola and splashed it around the streets. The film's location was around the town of Matera in southern Italy. 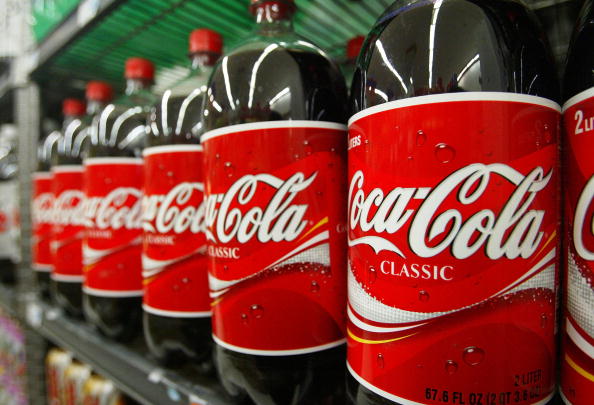 (Photo : Photo by Justin Sullivan/Getty Images)
Bottles of Coca-Cola are seen on the shelf at Tower Market January 16, 2004 in San Francisco, California. Coca-Cola is being investigated by U.S. regulators over allegations raised by a former employee that it had inflated its earnings.

The prod team's plan was to leave the sticky soft drinks over the cobbles so that the 450cc bike would have a better grip when landing. This is true since coke contains lots of sugar.

Daniel Craig was replaced by Paul Edwards, his stunt rider, to complete the fantastic stunt. The stunt rider's goal was to hit a 25ft ramp at 60mph so that he could properly jump over a 60ft wall.

Thanks to Coca-Cola, the production team was able to pull off the extreme bike stunt. Lee Morrison, the one in charge of the scene, said that the popular drink also made the streets look "very clean."

For more news updates about the upcoming 007 movie, always keep your tabs open here at TechTimes.

ⓒ 2021 TECHTIMES.com All rights reserved. Do not reproduce without permission.
Tags: James Bond Coke Stunt No Time To Die
Most Popular