Porsche announced on Thursday, October 22, that all-electric Taycan car is the first to get Apple's native Podcasts app as well as lyrics feature support from Apple Music, which will appear on the passenger-side display. Features are now available in new Taycan cars while existing cars will be rolled out in January.

Owners can also use their Apple ID to sync their podcast listening with other devices while voice control is supported through Porsche's Voice Assistant. 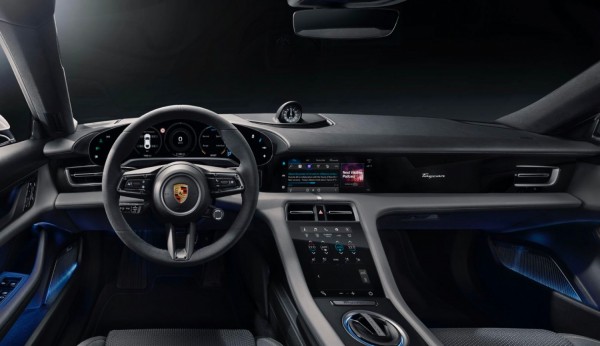 Taycan's infotainment system stream Apple Podcasts through the Apple CarPlay. However, having the native app means it no longer requires connecting a phone to listen while the app can stream over the vehicle's built-in data connection as Porsche owners can get three years of data with the car purchase. The features would also allow owners to access to 1.5 million shows in Apple's library.

After getting the Apple Music app in 2019, the Taycan will also get Apple Podcasts built-in the car. This is unfortunate for Android users as the Taycan will still have no support for Android Auto, even after Porsche added support for it earlier this year after upgrading older cars' infotainment system. Meanwhile, the lyrics feature of Apple Music was previously unavailable over CarPlay.

Porsche only began delivering Taycan in less than a year, but after increasing the production, its sales volumes already saw a significant increased for the performance vehicle that costs $100,000.

Although Porsche's sales were slower compared to Tesla's, but in Europe, Taycan is picking up the pace. In September, Taycan became Porsche's best-selling vehicle across Europe, beating Porsche's own top seller, the Panamera, Taycan's closest gas-powered competitor.  With a total of 1,183 Taycan units sold, it is leaving Panamera to dust which only sold 278. 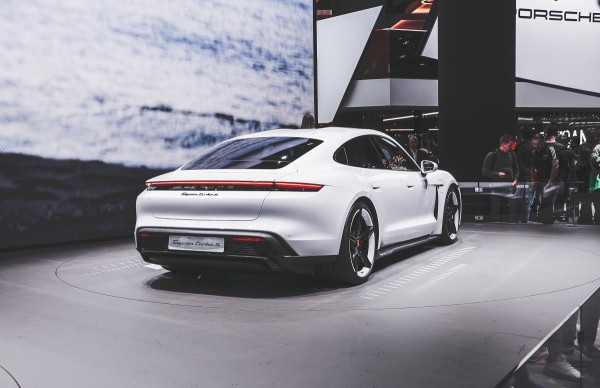 Porsche Taycan 4S will be the third model in the brand's lineup of all-electric cars, joining the Taycan Turbo and Turbo S. The Porsche Taycan 4S is the entry-level model. However, the price starts is not cheap at $103,800, but it is about $50,000 cheaper compared to Taycan Turbo's $150,900 tag price.

This mainly affects the car's acceleration as the 4S can jump from 0 to 60 mph within 3.8 seconds, unlike the Turbo with 3 seconds and Turbo S with 2.6 seconds. Meanwhile, 4S is about 6 mph slower than the more expensive models with around 155 mph.