Russia-China Alliance Will Have 3X Warships and Tanks Than US With Over 6,810 Nukes

China and Russia, the world's top 2 and 3 most powerful militaries would formalize their "strategic partnership." The alliance will increase the number of tanks, weapons and nukes compared to that of the US. 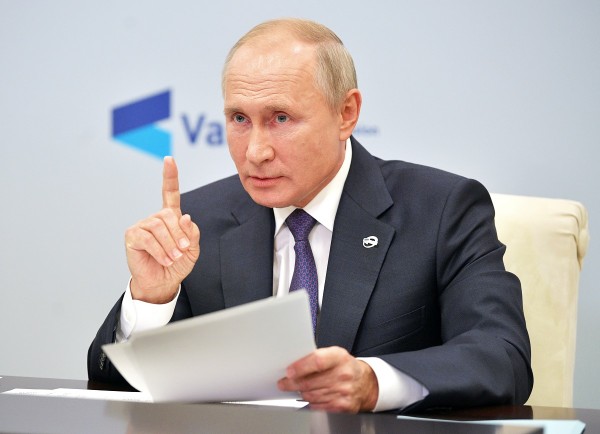 (Photo : Sputnik/Alexei Druzhinin/Kremlin via REUTERS )
Russia's President Vladimir Putin speaks at a meeting of the Valdai Discussion Club via a video conference call at the Novo-Ogaryovo state residence outside Moscow, Russia October 22, 2020.

The Russian president made the statement during a conference call on Thursday, October 22. He was asked whether he has thought of having a military alliance with Beijing. "We don't need it, but, theoretically, it's quite possible to imagine it," Putin said as reported by The Sun.

If the two superpowers would unite, they would easily outnumber the US Army by more than twice with 3.2 million and 1.4 million soldiers, respectively. They would also have a vastly larger fleet of tanks - with 16,450 total - and warships, with a total of 1,380.

This is almost 3 times the figures for the U.S. with 6,289 tanks and 490 warships. Moreover, the Russian and China's combined nuclear weapons totals to 6,810 while only had U.S. 6,185 nukes. This will push the two further ahead.

In 2010, US President Barack Obama signed a pact to limits each country to not more than 1,550 deployed nuclear warheads as well as 700 deployed bomber and missiles. 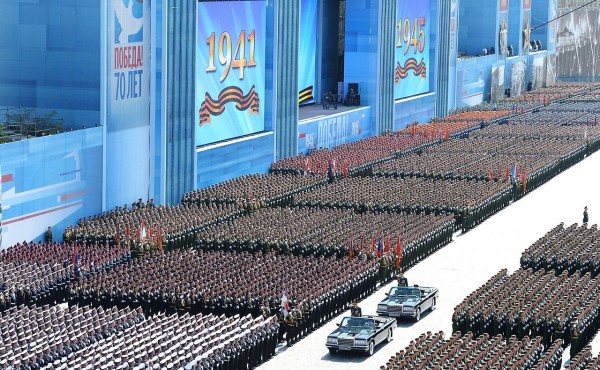 If the Beijing-Moscow alliance will continue, they will have great advantages in various key sites. However, the two superpowers have not yet formalized a military alliance.

"Without any doubt, our cooperation with China is bolstering the defense capability of China's army." Said Putin who added that time the partnership will develop. "We won't exclude it."

He recalled that holding regular joint military exercises led to great success in military cooperation in in terms of sales and purchases of weapons as well as in sharing of technologies, including sensitive areas.

Russia's latest tank is the T-14 Armata which is based on the Armata Universal Combat Platform, designed for over five years. Three crew can seat on the armoured capsule in its front hull. This also includes a toilet for the crew. Its main armament is the 2A82-1M 125 mm (4.92 in) smoothbore cannon, replacing the 2A46 125 mm gun of the previous Russian tanks.

On the other hand, China use the Type 99A (also called 99A2 ZTZ-99A MBT) as its main battle tank which is considered as the most modern third generation MBT. It was designed in 1999 and was used unveiled on 2015 after its prototype was released in 2007. Its main armament consists of 125mm smoothbore gun with a thermal sleeve and fume extractor. It also features a carousel automatic loader below the turret with a total of 41 rounds wherein 22 rounds are carried in the carousel of the automatic loader.

"The 50 caliber 125 mm cannon can fire HE (High-Explosive) fragmentation and a new APFSDS (Armour-Piercing Fin-Stabilized Discarding-Sabot) with a reported muzzle velocity of 1780 m/s," Army Recognition states.

The latest tank of the US is the M1A2C Abrams which was first seen on February 22, 2019. It features a Trophy active protection system with an additional slab of armor on its front turret. It also boast more electrical power and improved diagnostic system. Compared to the digital tank M1A2SEPv.2, this is better protected featuring more mature technology, Tasks and Purpose wrote.

The U.S. versus Russia-China

Nevertheless, these two countries still lag behind the US in massive military spending of $430 billion, which is more than $100 billion greater than the combined amount of $302 billion.

Meanwhile, the U.S. still keeps the advantages in some areas. These include more warplanes than the two nations with 13,264 and 7,373, respectively. It also retained the lead on which among the most important ways of projecting power worldwide.

Currently, it already has 11 war places while there are two more that is being constructed. This is about the same number of aircraft carriers as the rest of the world combined as China only has two aircraft carriers and another under construction while Russia only just have one extremely old vessel.

The Russian president said he is open to the idea of creating a military alliance with China, akin to the western military alliance like NATO. However, he is pleased by the current relationship and partnership that Russia and China currently have. "How it will develop further, life will show," said Putin as noted by The Eurasioan Times.