Many fans of Rockstar Games' "Grand Theft Auto" franchise have been dying to find out what is in store for the "GTA 6" or if there ever was a "Grand Theft Auto 6" in the lineup. According to a previous article by Dexerto, a particular map that leaked from 2018 was actually showing off a particular "Vice City" as the most likely "GTA VI" location and the article spread like wildfire after a quite similar version of the said map suddenly appeared giving a whole new meaning to the older photos. 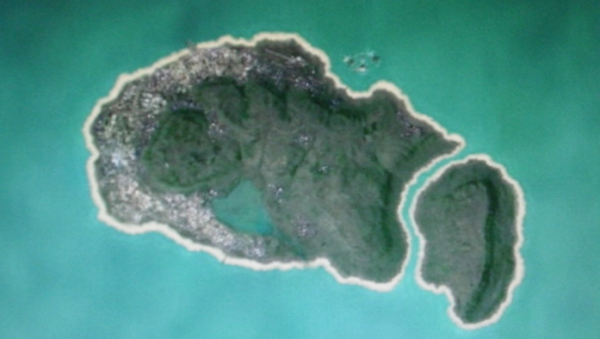 In order to make sense of the leak, which then grew into something a bit more legitimate retroactively due to the suggestions that the person who provided the leak was working for Take-Two interactive, fans have started to comb through the whole "GTA V" looking for more pointers of a sequel.

In the scourge for additional information regarding the leak, fans of the franchise were able to stumble upon a particular set of tropical beach photos located on the back of a certain strip club within the game. Looking at the photos, some people believed that this could actually be connected to maybe some of the known islands seen on the leaked map.

Rockstar Games is well known to constantly tease its own upcoming games within its current projects. Due to this hobby of Rockstar, a lot of fans believed the said strip club postcards to be pointing towards the upcoming "Grand Theft Auto" entry, however, more new information has surfaced that could potentially debunk the whole theory in general.

Read Also: GTA Online is Giving Away $2 Million to Every Player for Free

Redditor explains why leaks are most likely untrue

A certain Redditor known as henriquedematos authoritatively explained that the said picture of a cliff located near the seen ocean along with a boat lodged way in the distance is actually just a stock photo and in no way was built specifically for the said "GTA".

Meanwhile, it was seen in the second photo located in the game, there seems to be an additional 3D Studio Max render, which could result in completely debunking the whole debate as to whether or not the seen images are in fact coming from "GTA VI".

With that information said, it is still hard to tell as to whether or not the pictures were indeed meant to tease "GTA 6" or were only for decorations since no official announcement has been given by Rockstar Games.

Although nothing as of the moment has been confirmed, it is most possible to say that the said strip club postcards could have been eliminated from evidence. The rest of the given photos are still taken into account as possible leak for the upcoming "GTA 6".

The truth behind the games, of course, still comes from Rockstar Games who have been silent for the most of the time regards to what they plan to do with GTA VI.