Tesla gives its security system an upgrade with the Sentry Mode, receiving a 64GB flash drive, rolling out with new car releases from the company. The flash drive was discovered by a Chinese YouTube channel who checked everything in the new 2021 Tesla Model 3 that would soon debut to the company's market globally. 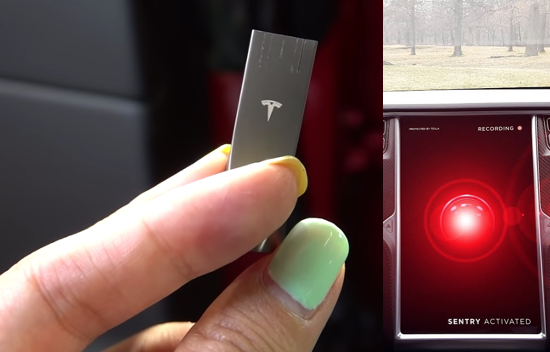 The Palo Alto car and technology manufacturing giant, Tesla, finally gave users a dedicated storage device to store all the Sentry Mode recordings that act as the forefront security system of all the company's electric vehicles. Before, Tesla users would need to go out their way and buy their own storage devices.

According to the Chinese YouTube Channel "駕輛 UpCar," new Tesla electric vehicles have this "freebie" that will join the production cars as it rolls out of the company's factory to those who purchased one. This flash drive will become a standard to Tesla's future releases, providing aid to its Sentry Mode that records everything detected as risks.

Tesla's Sentry Mode is the clean energy company's security system and theft concerning electric vehicles. The safeguard system was with the company's EVs one year ago, initially released last February 2019. The system makes use of the multiple cameras mounted on the car's body.

The electric vehicle manufacturing giant invests a vast deal of concern for its vehicle's security system with the addition of new flash drives on each glovebox. Tesla's 2021 Model 3 is the EV that receives the first glovebox USB port to insert portable drives for storing recorded videos. 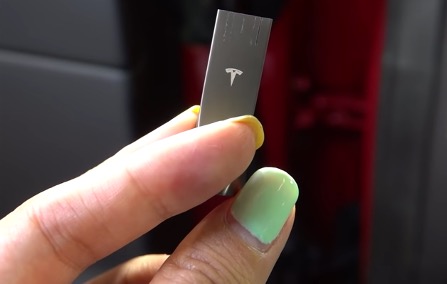 According to Electrek, the flash drive that came with Tesla's glove box USB port is a SAMSUNG Bar Plus 64GB that retails for $20. The flash drive bears Tesla's "T" symbol on its front body, indicating that it is indeed a standard addition from the EV company.

The flash drive would record from the Sentry Mode and TeslaCam, which uses the same cameras as the Autopilot that envelops the body with eyes and sensors. TeslaCam is the company's alternative to the dashboard camera that records everything from the front, rear, and side cameras.

The glove box's new USB port is a secondary or back-up port where users can plug in a portable drive because of the main one for the TeslaCam on the car's center console hub. Tesla's new glovebox port may be solely intended for the Sentry Mode's recording to segregate it from dashcam footages. 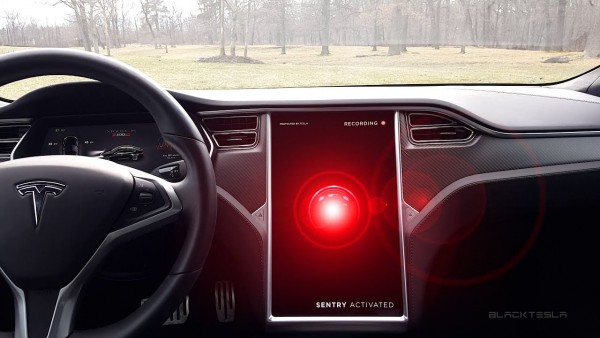 According to Tesla, the Sentry Mode cannot be toggled or off and will depend on the car's battery for deactivation. Whenever the owner leaves the vehicle, Sentry Mode would already be on the "Standby" mode and wait for threats.

Minimal threats such as leaning on the vehicle would trigger the "Alert" mode and begin recording. However, when serious risks appear like breaking the window and theft, Sentry would turn on "Alarm" mode, alerting the owner through the Tesla app and saving a 10-minute video clip before the incident and subsequent events.