Sony is announcing its first entry into the drone industry and technology with the new "Airpeak" that would launch by Spring 2021. The latest drone by the Japanese company will feature an AI-powered system and its 3R technology to support the "fullest extent" of video creators in capturing the best footages from the Unmanned Aerial Vehicle (UAV). 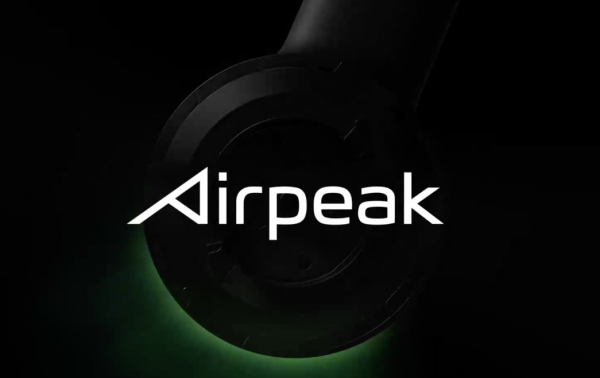 The Japanese multinational technology and entertainment conglomerate, Sony, is diving into the drone business that will soon go against established and trusted giants present in the field today. The Airpeak would quickly be available for videographers to experience and use.

However, Sony is keeping the announcement of the new drone under wraps, just like how it did with the next-generation console, the PlayStation 5, which was announced early this year and only saw a September launch. Currently, the Japanese company did not reveal any technical specifications about the new drone.

According to Sony's press release, the Airpeak is a "new project for drones in the field of AI robotics." The company heavily implies that artificial intelligence (AI) would be present in the new drone, and would be its primary technology to offer its customers and soon users.

The "proliferation" of drones pushed the company to develop its drone technology which gave the world new images and footages, which changed the film and videography industry considerably. Drones are also large contributors to the industry's efficiency and energy savings in capturing footages from the skies.

Sony's Airpeak: Contribute to the Growth of Videography with 3R Tech

Sony "assigned" the "Airpeak" brand to be the company's reflection of the growing aspiration in the video and film industry, which significantly relies on drone technology. The Japanese company guarantees that its new drone would create "unprecendented value" footages from the tech it would soon bring.

The 3R technology which Sony boasts to be part of the Airpeak drone would elevate the industry's video creators and the output that will soon be produced. Reality, Real-time, and Remote are what the 3R stands for, also what the Airpeak aims to bring through its imaging and sensing technology.

"Elevating Creativity" is the primary campaign of Sony's Airpeak, bringing new technology and eyes to the skies and provide creatives with a fresh perspective through its lenses. Sony is known for its industry-leading and highly-preferred digital single-lens reflex cameras (DSLR) with the Sony a7 series.

Sony's mirrorless cameras capture several of the best photos and videos in the world, bringing a broader scope of frames and 4K video technology.

Sony's Airpeak pledges a direct competition to the established drone and adventure camera company, DJI, which holds the top-rated and most preferred drones in the industry. DJI's Mavic line offers massive features for an affordable price which everyone enjoys.

Sony Airpeak's most significant challenge would be to match DJI Mavic's affordability and top-rated spec sheet that delivers a powerful all-rounder for indoor and outdoor drone capabilities. Japan's new drone, Airpeak, would soon have its official launch, specs, and reveal from Sony, lining up with 2021's entry.