A Redittor complained about his "Call of Duty: Warzone" camera showing third-person point of view after he helped a teammate.

As reported by Game Rant, a video of the glitch was shared in Reddit by user "lIllIlIIlIIl." The footage shows the player on third-person point of view, instead of the first person mode as required on this tactical gameplay.

The Redditor explained in the comments that he was then trying to revive a teammate who was gun downed when the glitch began. The player left his teammate halfway through the revival, which locked him into a third-person mode.

The glitched camera gives players a third-person perspective and a wider field of view. This makes shooters more aware of the game field as they can dodge incoming fire and safely peek in corners. The "Call of Duty: Warzone" community has been reporting interesting and strange bugs on social media. These reports include about interesting effects of recent patches or game-breaking bugs.

While the third-person perspective has excited the "Call of Duty: Warzone" community, it continues to attract arguments between members whenever glitches surface. Some fans imagine the possibilities of having this camera viewpoint while others argue that the glitch destroys the tactical nature of the game. 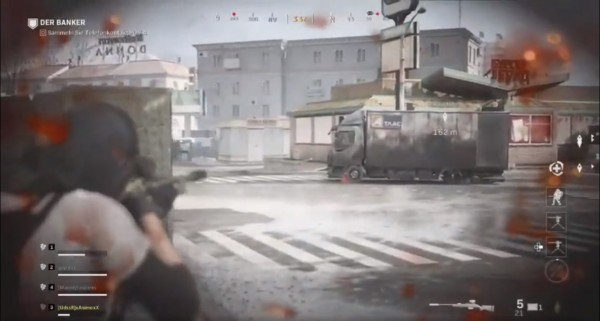 With the recent release of "Call of Duty: Modern Warfare" on November 13, many players have reported about a certain bug triggering a third-person game mode. This viewpoint provides additional view and details to surrounding that often help players with their "eye in the sky" view.

Meanwhile, Call of Duty News shared in Twitter another bug, which teleported players to another location while playing "Call of Duty: Warzone." The tweet says: "First you're at Dam. Next second... Promenade?" Also, the tweet said the new bug confuses players as they are brought to a whole new location while developers has not yet addressed it.

First you're at Dam. Next second... Promenade? A new #Warzone bug is confusing the life out of players and has yet to be addressed by devs. (via u/DandruffMuffin) pic.twitter.com/3hfmGVyYgy — Call of Duty News (@charlieINTEL) October 26, 2020

Players of "Call of Duty: Warzone" generally agree that having third-person perspectives bring advantages. With a highly competitive game, playing in third-person point of view may spoil the design and gameplay while others have managed to keep their competitiveness and succeed as they move forward in the game.

This is not the first time a third-person bug in "Call of Duty" was discovered. While players are aware about the capability of the game's engine, it seems that the effects can only be triggered by bugs.

On the other hand, some players think about a future "Call of Duty" game mode officially offering the third-person perspective. Although a third-person view of "Call of Duty: Warzone" or "Modern Warfare" may be interesting, it is not clear whether Infinity Ward would also implement it in the future.

The "Call of Duty: Warzone" is available on Xbox One, PS4, and PC. While third person view offers a unique game play, players argue that it ruin the tactical nature of the battle royale games like "Player Unknown's Battlegrounds" and "Fortnite," which use over-the-shoulder view point.

Related article: 'Call of Duty': How to Build Most Powerful PKM Loadouts for 'Warzone' and 'Modern Warfare'