'Call of Duty': How to Build Most Powerful PKM Loadouts for 'Warzone' and 'Modern Warfare'

In any first-person shooting game, the player's weapons are critical in finishing the course victoriously. For "Call of Duty: Warzone" and "Modern Warfare," having the right loadout drastically boost the gameplay.

Most "Call of Duty: Warzone" players primarily use an SMG or Assault Rifle, but several reasons prove LMG may be better. It has great range advantage, heavy damage, and massive ammo capacity that can easily take on an entire squad of enemies in a single reload.

(Photo : Call of Duty)
Call of Duty: How to build Most Powerful PKM Loadouts for Warzone and Modern Warfare

How to Build Most Powerful PKM Loadouts

As an interesting LMG, the PKM is deceptively strong, which can go against Kilo 141 and Cr-56 AMAX "Warzone" builds. It can take on both mid-range and long-range enemies, which makes it a powerful tool against long-range fights.

However, players can always choose to add attachments to enhance the LMG and build it for the right situation. With all the wide selection of guns and attachments, here's how to build the most powerful PKM loadouts that all players can use, regardless of age or skills.

Unlike many players who build weapons to be walking gun turret, all parts of this build boost the guns' performance. This will quickly transform into a long-range, low-recoil gun, which brings heavy damage at a distance.

The heavy barrel increases bullet and damage while the bipod ensures maximum accuracy when crouching or prone. For the mid-range and long-range "Warzone" battles, this will work best when mounted and players hold their ground.

The main drawbacks for LMGs in multiplayer tend to be ADS times and reload situations, so removing all the stock will definitely improve its performance. Check out this build details: 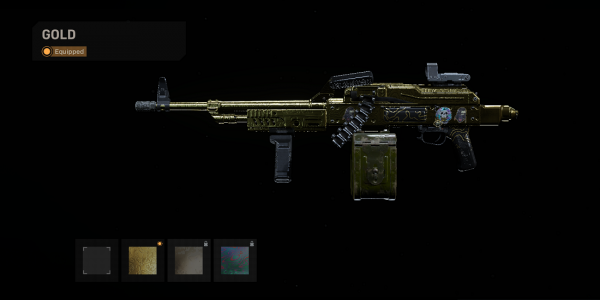 Once all the stock is removed, players could increase the weapon's mobility while the 150-round ammo belt reduces the need for reload. In addition, the Mercenary Foregrip and the the tac laser heighten the weapon's hip-fire capacity. Moreover, the compact barrel allows a kill between three to four shots. This gun definitely can give enemies a great fight.

Read also: 'Call of Duty: Mobile' Rolls Out Biggest Update Including Alcatraz, The Club on iOS and Android

"Warzone" players are certainly creative as they have recently hyped up their ammo box and use it as weapon, beyond dropping it on the enemy's head. Reddit user u/JLOC76 shared how to make ammo box explode.

Lessons were learned this day . from r/ModernWarzone

In a video shared on subreddit r/Modern Warzone as reported by Games Radar, the player placed the ammo box on top of the stairs. When an enemy ran up the steps, the player shoot at the ammo box, killing two including a Most Wanted.

Such great antic was lauded by other Redditors. r/durim187 commented: "A normal kill but with extra steps" while r/xphilipp97 said that same move has already saved him in many situations.

Meanwhile, r/Halta001 asked if the player should have restocked before throwing the ammo box. r/ryangrand3 replied that "it was risky" while the player easily loot on the corpses.

Related article: 'Wild Rift' Film Features Only Asian Game Creators, These Champs Will Certainly Give You A PENTAKILL!

ⓒ 2021 TECHTIMES.com All rights reserved. Do not reproduce without permission.
Tags: Most Powerful PKM Loadouts Call of Duty: Warzone Call of Duty: Modern Warfare
Most Popular