PS5 and Xbox Series X Scalpers on eBay Thrive as People Pay Over $10,000 for Next-Gen Consoles

The gaming world has been in a sort of frenzy for the last week or so after Sony and Microsoft have released their next-gen consoles, PlayStation 5 and Xbox Series X/S, respectively. 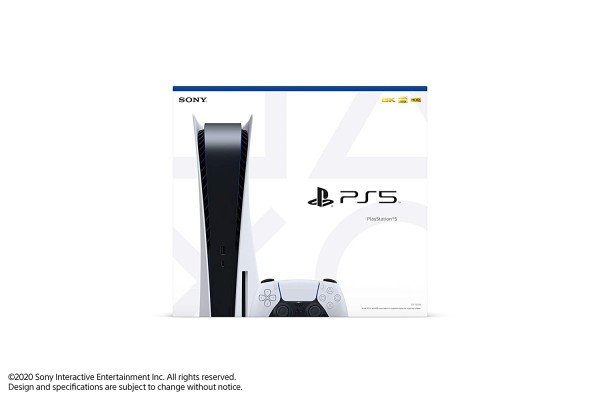 (Photo : Screengrab from Amazon)
Bids for next-gen consoles like Sony's PS5 has reportedly reached over $10,000.

Unfortunately, there are low supplies for these gaming consoles for the demand, so re-stocks often end up getting sold out, making more fans wait until the next batch of consoles is up for grabs in their local stores.

Nevertheless, some gaming enthusiasts have been blaming bots that are purchasing several units of PlayStation 5, Xbox Series X, and Xbox Series S for scalpers for the stock shortages, according to GameSpot, but until now, they can't be too sure if the bots have indeed bought anything and how many units they had.

However, it is clear that scalpers are thriving online, with several eBay listings showing that people are willing to spend over $10,000 to get the coveted PlayStation 5 units.

According to the gaming news site, the average listing for PS5 units from scalpers is between $850 and $1200.

In context, the PS5 has a retail price of $500 for the disk edition, while the digital-only console has a retail value of $400, making the prices extreme and nearly double the actual prices of the said consoles.

Based on the listings found on the eCommerce platform, many of the console units are "confirmed" pre-orders, with some shipping on the day the listing was made or sometime soon--but practically, the consoles aren't even in the hands of most of the scalpers.

Several sellers do sell onhand consoles, with many would-be buyers trying to get one step ahead of their competitors to get their hands on the coveted next-gen console.

Some have also tried their luck on units that are up for bidding through eBay's auction system, with one listing reaching a total bid of $1645 for a digital-only PS5, thanks to 34 bidders who took part in the auction.

Another gamer got his hand on a digital-only unit for $850 and considered himself "lucky" for snagging the unit.

But if there's anything crazier, one eBay scalper was able to sell his pre-ordered digital-only PS5 for a whopping $14,493, with the maximum bid reaching $20,000 one September of this year, a couple of months before the actual release of the unit.

When it comes to Microsoft's Xbox Series X and Series S, the prices are a little tamer than that of Sony's console, with Series X selling for an average of $800, while Series S is selling for nearly $450.

In context, Xbox Series X retails for $500, while Series S is much cheaper at $300, which is the most affordable console to have come out thus far.

Apparently, there are still eBay scalpers asking for around $10,000 for a unit, but many of them have remained unsold, showing people aren't exactly keen on spending more than $1000 for a console, which is still a pretty huge price increase.