Celestis Offers Moon Burial for 2021! You Can Now Send Your Deceased Loved Ones Among the Stars!

Celestis offers you a chance to send your deceased loved ones to outer space. If you have the budget, you'll be happy to hear that there are still grave plots available. 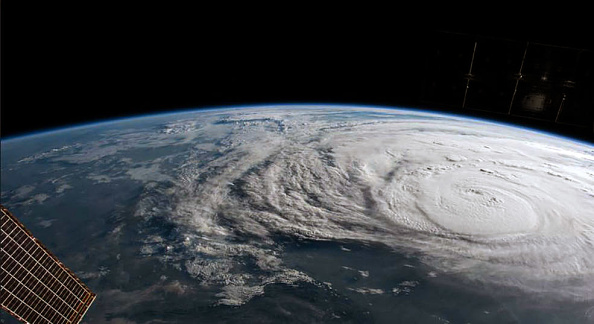 (Photo : Photo by NASA via Getty Images)
In this NASA handout image, Hurricane Harvey is photographed aboard the International Space Station as it intensified on its way toward the Texas coast on August 25, 2017. The Expedition 52 crew on the station has been tracking this storm for the past two days and capturing Earth observation photographs and videos from their vantage point in low Earth orbit.Now at category 4 strength, Harvey's maximum sustained winds had increased to 130 miles per hour.

According to The Sun, Celestis Moon Burial program will start sending cremated human bodies to the Moon in 2021. Space.com also reported that the DNA of Arthur C. Clarke, the legendary sci-fi writer, will be included among other dead people that will fly to outer space next year.

This would be great since Clarke's fictional alien monolith in his "Space Odyssey" series also lives on the Moon. In July 2021, Pittsburgh-based company Astrobotic's Peregrine Mission One for NASA atop a United Launch Alliance Vulcan Centaur rocket from Cape Canaveral, Florida.

The spacecraft will land in an area on the northeastern part of the Moon Lacus Mortis.

The robotic Peregrine lander will carry many payloads, including capsules that contain symbolic portions of cremated remains and DNA samples. This service is offered by Houston-based Celestis, Inc. 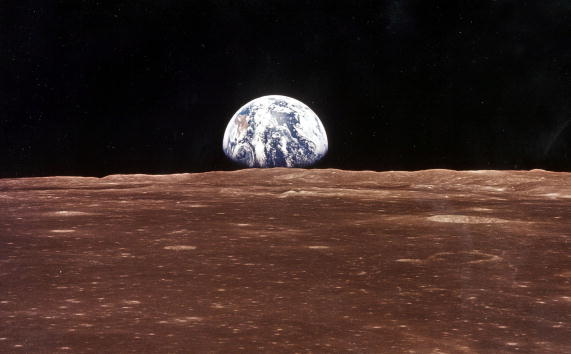 (Photo : Photo by NASA/Newsmakers)
A view of the Earth appears over the Lunar horizon as the Apollo 11 Command Module comes into view of the Moon before Astronatus Neil Armstrong and Edwin Aldrin Jr. leave in the Lunar Module, Eagle, to become the first men to walk on the Moon's surface. The 30th anniversary of the Apollo 11 Moon mission is celebrated July 20, 1999.

The space company calls the unique service "Luna 02" or "Tranquility Flight." The two names both honors the Apollo missions. Charles Chafer, the CEO and co-founder of Celestis, said that they also describe the peace of mind of the families and the final resting place of the deceased individuals.

"Our Luna Service is among the most popular, as it affords families and friends the permanence of an off-planet service and provides a constant reminder in the night sky of a loved one's final resting place," said Chafer via Space.com.

ⓒ 2021 TECHTIMES.com All rights reserved. Do not reproduce without permission.
Tags: Moon Burial 2021 deceased Loved ones
Most Popular