WHO Casts Doubts on Remdesivir's Effectiveness Against COVID-19; Goes Against FDA's Recommendations

The World Health Organization is now advising doctors from using Gilead Sciences' Remdesivir as a treatment for the global pandemic virus, COVID-19, saying that there is no sufficient evidence that shows its effects. The world is hanging on to the recommendations of the experts from WHO but the United States' FDA already listed it as an emergency drug. 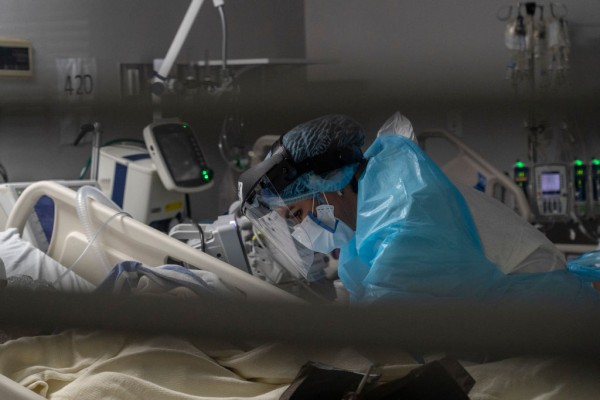 (Photo : (Photo by Go Nakamura/Getty Images))
HOUSTON, TX - NOVEMBER 19: (EDITORIAL USE ONLY) A medical staff members Tanna Ingraham checks I.V. on a patient in the COVID-19 intensive care unit (ICU) at the United Memorial Medical Center on November 19, 2020 in Houston, Texas. According to reports, Texas has reached over 1,140,000 cases, including over 20,600 deaths

The collective group of international health experts in the World Health Organization (WHO) is instilling a new directive that discourages doctors from using Remdesivir as a drug to treat the coronavirus. Several people in the medical industry believe that the drug helps the survival of the infected patient and even speed up the healing process.

According to CNBC, WHO is basing this recommendation on the recently concluded mass study that presents new data, showing the drug's efficacy on more than 7,000 patients that were given Remdesivir. The WHO Guideline Development Group sees the drug not to fit the initial belief that it is an effective medicine for COVID-19.

Additionally, the World Health Organization recently publicized its findings and research regarding the Remdesivir drug in the British Medical Trade Journal, also known as The BMJ. The publication "A living WHO guideline on drugs for covid-19" received an update, early Friday, detailing the inefficacy of Remdesivir.

This publication directly clashes with the United States Food and Drug Administration (FDA), which has put on great faith and reliance in using the drug against the SARS-CoV2 virus infections. The FDA even went as far as granting it emergency authorization to use for severe cases of COVID-19. 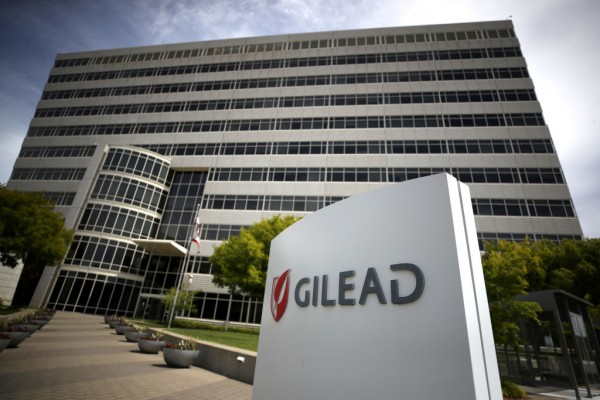 (Photo : (Photo by Justin Sullivan/Getty Images))
FOSTER CITY, CALIFORNIA - APRIL 29: A sign is posted in front of the Gilead Sciences headquarters on April 29, 2020 in Foster City, California. Gilead Sciences announced preliminary results of a drug trial with that showed at least 50% of patients with coronavirus that treated with a five-day dosage of remdesivir improved and more than half were released from the hospital within two weeks.

The drug manufacturer of the medicine called Veklury, also known as its generic medical name Remdesivir, disagrees with the decision of WHO to recommend against the medicine. Gilead Sciences' spokesperson Chris Ridley addresses the company's disappointments towards WHO that goes against the drug.

Additionally, Ridley says that Gilead is disappointed with WHO for ignoring the medicine's effectiveness evidence during this time where cases are spiking again globally. The spokesperson even says that Remdesivir is the "first and only approved" antiviral treatment for COVID-19 patients worldwide.

Nations including the United States, UK, Japan, and Germany, are the main proponents and users of Veklury to treat its citizens and constituents with the antiviral drug. Additionally, the US FDA notably puts a massive trust in Remdesivir after granting a broad emergency authorization for its use.

WHO on Remdesivir: 24 Experts and Four COVID-19 Survivors Testify Against Remdesivir

According to CNN, Remdesivir got its evaluation from a panel of 24 WHO experts along with four survivors of the coronavirus, making sure that the recommendation it publicizes is true and credible. The international panel concludes that most patients do not prefer its administration due to its low efficacy evidence.

WHO recognizes that Remdesivir s effective; however, it believes the drug only has slim chances to heal and may have significantly more harm than good.