Nvidia is currently having a stocking issue in its RTX-3000 series as its demand increases. The company's CEO Jensen Huang already confirmed that the supply issue will last longer than expected. 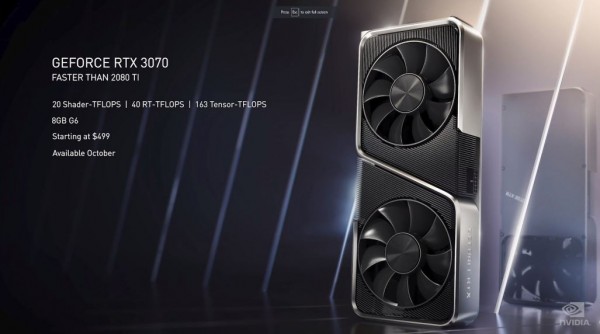 It could even take months until the supplies are stable. He said that the demand for the newest RTX cards would experience a shortage throughout the year, which could worsen once the holiday season kicks in.

"The demand issue is that it is much, much greater than we expected," said Huang via Tech Spot.

"Given industry-wide capacity constraints and long cycle times, it may take a few more months for product availability to catch up with demand," added Colette Kress, Nvidia's Chief Financial Officer.

Her statement supported Huang's reasoning during an earnings call with the investors this week.

Huang claimed the shortage is not Nvidia's fault

Nvidia's CEO claimed that the company should not be blamed for the stock issue. He explained that Nvidia would appreciate more agile supply chains and shorter cycle times.

The tech giant manufacturer is currently doing its best, but what's happening in the world with the coronavirus pandemic going on, it affects the company's production efficiency. Nvidia's stock is also affected by the challenges faced by the company's investors, as reported by Market Watch's latest report.

Bitcoin's increasing price is also believed to make the supply shortage worse. As of the moment, cryptocurrency is just over $18,000, which is the highest value it received since 2017.

Since investors are seeing mining as a more profitable source, it could lead to a resurgence in demand for multi-GPU mining rigs. This means that many companies could order the Ampere cards which could decrease the supply for regular people.

Nvidia could also prioritize Ethereum miners since Ampere cards are reportedly becoming popular with them. The tech giant manufacturer made $4.3 billion during the last quarter, which is an increase of 57% higher than last year, which they only made $3.01 billion in revenue.