Elon Musk: Mars Will Have Fueling Plants and ISRU in 2021 with SpaceX and Starship Leading the Missions!

Elon Musk expressed SpaceX's intention of going for its Mars Mission with an ISRU and Sabatier Fueling method development that would begin its utilization and trials "a year from now." The SpaceX CEO would mainly rely on the next-generation spacecraft, Starship, as its vessel of choice for making human life multi-planetary. 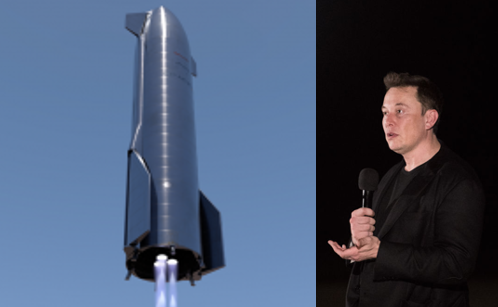 The CEO is planning to use the aerospace manufacturer and space technologies company, SpaceX, to further advance humanity's achievements by having a sustainable energy and fuel source for Starship's future missions. 2021 would see SpaceX tapping and unlocking other potential sources to maximize its missions fully.

Elon Musk talks massive when it comes to SpaceX's future of going to the Red Planet and making life "multiplanetary," as with his previous statement of cheaper than $1 million for space travels. SpaceX and Starship are designed to go unimaginable lengths to make commercial intergalactic travel a reality.

Read Also: Elon Musk's Visions for a Martian City Taking Shape from Glass Domes to Terraform, Would It Be Dangerous?

The Twitter discussion began when a vlogger, Marcus House (@MarcusHouseGame), shared his video reaction and opinion that narrates SpaceX and Starship's funding to expand on refilling technology. The social media influencer talks about how vital this tech is for the innovation of space travels.

Elon Musk (@elonmusk) answered that there are four elements essential in making human life "multiplanetary." These are rapid and complete rocket reuse, low-cost propellant, orbital refilling, and propellant production at the destination.

The four elements are all known to be SpaceX's future goals, along with its current and future developments for the company's space technology. Additionally, these elements are what SpaceX is currently venturing on for its future mission of building a dome city on Mars using the Starship's flight capabilities.

Elon Musk: ISRU and Sabatier Fueling Developments in 2021 for Mars

Another Twitter influencer, Everyday Astronaut (@Erdayastronaut), expanded the discussion by asking when would SpaceX venture into the development or utilization of the practice known as ISRU and Sabatier fueling.

Maybe start on that a year from now. Depends on how Starship progress goes. — Elon Musk (@elonmusk) November 24, 2020

The SpaceX CEO regarded that the company would start using both ISRU and Sabatier fueling by 2021. All of SpaceX's future processes and technology would gravely depend on the next-gen spacecraft's progression, Starship.

According to NASA, ISRU stands for In-Situ Resource Utilization that mainly focuses on using present materials in a new area to produce different needs, and in this case, fuel.

Moreover, NASA notes that Sabatier Fueling is a process that utilizes a "catalyst" to transform carbon dioxide and hydrogen to produce water and methane on the spot. The process mainly focuses on using the resources present in an environment, in this case, Mars.

Related Article: Elon Musk Commends China's Chang'e 5 as 'Exciting'-CNSA's Moon Mission is One of the Most 'Challenging' in History!