Black Friday always comes with great offers every year. These include game consoles such as Xbox, Nintendo Switch, and PlayStation consoles. For example, EW reported that Xbox Series X and S are already restocked for Black Friday. 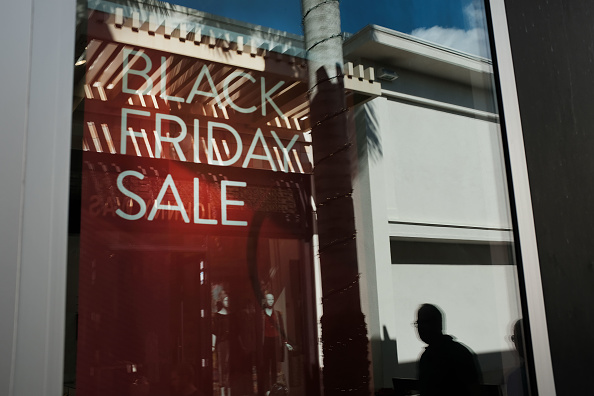 (Photo : Photo by Spencer Platt/Getty Images)
Shoppers walk past a 'Black Friday Sale' sign at a mall on November 23, 2018 in Naples, Florida. The day after Thanksgiving, Black Friday, is considered to be the start of the holiday shopping season with shoppers heading to stores and online for deals.

But, game consoles and accessories are not the only ones that are offered during the most-awaited event. Games are also put on sale by different companies that will surely get the interests of many people. 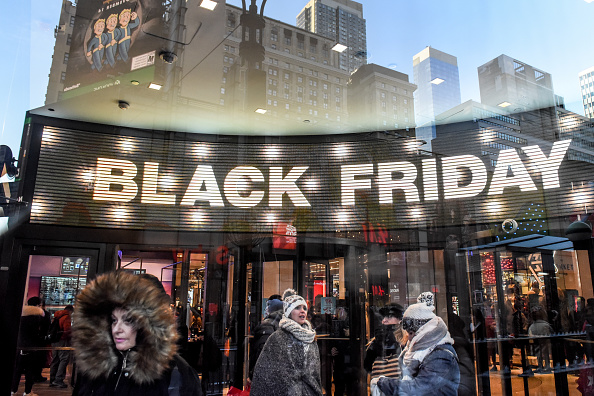 (Photo : Photo by Stephanie Keith/Getty Images)
People shop at the Macy's flagship store on 34th St. on Black Friday on November 23, 2018 in New York City. The day after Thanksgiving, Black Friday is considered to be the start of the holiday shopping season, with shoppers heading to stores and online for deals.

To help you choose the best ones, here are Black Friday's best PS4/PS5, Xbox, and Nintendo Switch you can look into.

According to The Wired's latest report, this game is currently one of the most popular that will certainly help you spend your time during the ongoing pandemic. It is an old-fashioned open-world game that will take you back to the first Mongol invasion of Japan.

"Until Dawn" is an all-time horror game choose-your-own-adventure game. This means that the actions you'll choose to make in the game will lead to different endings. This will surely send shivers down your spine as a mysterious killer will hunt you in an icy mountain chalet.

This one is the follow up version of "Doom." This is just as good as the first one, however, it doesn't have that much changes. If you want to fight demomnic legions in super-powered space-armor, then this game is just for you.

Who doesn't know Captain America, Hulk, and Thor. If you are an Avengers fan, then you should definitely get this one, especially since it has a $33 discount.

If you're a fan of Greek Mythology, then you better get this one. "Hades" will bring you to the Greek underworld in a lavishly detailed roguelike game in Nintendo Switch.

If you're looking for a low-key spooky game, then "Luigi's Mansion 3" is just for you. This one is still a great game for those who are want to play a not-so-heavy horror game.

ⓒ 2021 TECHTIMES.com All rights reserved. Do not reproduce without permission.
Tags: Black Friday
Most Popular