'Destiny 2' Trials of Osiris: Bungie Disables Game for Entire Week—Here's What Players Will Miss Out On!

"Destiny 2's" challenge and weekly task, Trials of Osiris, gets disabled right before the event started because of an unknown timeline error and bug which Bungie failed to see. Now, the players and the game suffers a disabled gameplay in the title that temporarily postpones the week's event, missing out on precious loots, armors, rewards, etc. 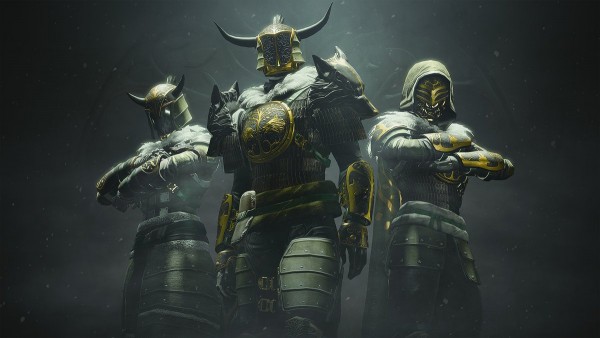 (Photo : Destiny/Facebook)
Destiny 2 Trials of Osiris is finally back in the game.

The popular video games developer and publisher, Bungie, Inc., recently announced that the Trials of Osiris are disabled for the entire week, starting from Friday, November 27, to an indefinite time because of an issue. The team did not disclose what the cause of the issue was or whether bugs or other problems caused it.

The Trials of Osiris' disabled event prevented players from accessing the weekly tasks and missions, along with missing out for the rewards that would have been available for gamers this week. The weekly game mode offers a top-notch PVP experience for players that enjoys this kind of complex gameplay.

According to Real Sport 101, "Destiny 2's" developers initially reported this on a Twitter statement, cancelling the entire event before it even dropped this November 27. The Trials of Osiris' disabling received no explanation as to why the game event is disabled.

Due to a recently discovered issue, Trials of Osiris has been disabled for this week. We are currently investigating to determine when it will return. — Bungie Help (@BungieHelp) November 27, 2020

Bungie, Inc.'s Twitter support account, (@BungieHelp) says that the team is currently investigating the cause of the mishap, and would get back to players once it is determined.

Several speculations from Twitter users are surrounding the game's disabled status, saying that a known bug attacked "Destiny 2's" PvP setup. According to RonThaMasstadon (@RonThaMasstadon), the problem was caused by something called "Titan Invis bug," which are mostly targetting PvP games, including "Destiny 2."

Nah it’s getting old we didn’t disable the raid but if the slightest issue develops in pvp trials goes down for weeks. — RonThaMasstadon (@RonThaMasstadon) November 27, 2020

Before the Trials of Osiris was disabled, an earlier problem was also investigated and discovered by Bungie for the Deep Stone Crypt's Weekly task. The issue was discovered last Thursday, November 26, and would get fixed by Tuesday, December 1.

Moreover, the user said that the same thing happened before, and PvP games would go down for weeks; however, the weekly raids would remain untouched. The popular PvP setup of Destiny is now faced with petitions that ask for its removal because of the multiple problems it caused that affects the entire game.

'Destiny 2' Trials of Osiris: Rewards and Everything People Would Miss out On

Related Article: 'Destiny 2' Guide: How to Get an Exotic You Might Have Missed and How to Earn Free Exotic Ciphers