While people in the United States are practically camping out in front of retailers to get their hands on a PlayStation 5, one man in Taiwan was forced to sell his after his wife found out it was not a new air purifier for their home. 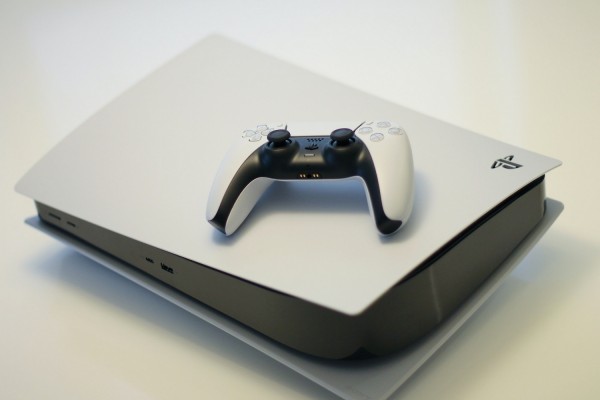 (Photo : Kerde Severin from Pexels)
Despite the challenge of getting a PS5, a man was forced to sell his almost new console.

'I Could Feel His Pain'

In a report by Metro, the story went viral on Facebook when a man named Jin Wu said that he bought the almost new PS5 when one came up for sale on social media.

Since Sony's next-gen console is a hot commodity, Wu arranged to buy the PS5 and meet the seller, when he was met with a female's voice, and Wu claimed that she clearly was not a gamer.

Nevertheless, when the seller arrived, he was met by a middle-aged man.

"You could tell that he definitely played video games, just with a single look," Wu wrote on his Facebook post, who might have been confused by the turn of events as he was expecting to meet the owner of the woman's voice, who did not sound like she would be playing with a PS5.

So, the buyer asked the middle-aged man why he was selling his PS5, especially when he was lucky enough to get the console with the lack of supply and the great demand, to which the seller admitted that he was forced to sell the console because of his wife.

"I went silent after seeing the look in his eyes. I could feel his pain," Wu wrote.

Read More: PS5 Direct Queue Issues: Buyers Complain About 'Out of Stock' Status After More Than 15 Minutes of Waiting

The buyer also noted that it seems like women can still distinguish the difference between a PS5 and an air purifier.

Ever since Sony released the first images of the PS5 way before it came out, different comments have been said about its design, and now that it's here, many said they were not a fan of the console's large size.

Perhaps the original owner of the console tried his best to convince his wife that the PS5 was an air purifier, and quickly looking at the console, she might have been fooled for a second.

Nevertheless, despite the pain the man experienced due to being forced to part ways with the console, Wu was happy with the purchase, especially when it's hard to get by a brand new console these days due to the lack of supply.

Lack of Supply Still an Issue

Getting pre-orders is challenging for those who want to get the next-gen console, even on retailers that have restocked.

According to a previous post by Tech Times, it seems like the lack of supply is partly due to scalpers that use bots that allow them to check out the consoles much faster, such as one group of scalpers from the United Kingdom that has amassed nearly 3,500 units.

After getting confirmations of their orders, scalpers would then go on eBay and similar platforms to resell the PS5 console for usually double the retail price, which is at $499, allowing them to profit handsome amounts.

However, Sony promised its fans that a restock will be coming before the year ends, as per CNET.