Elon Musk plans to work with Frank Stephenson, a famous Ferrari designer, to develop two remote-controlled cars. These vehicles are expected to be launched in 2021 as part of SpaceX's moon mission.

Stephenson is also well-known for his works in McLaren, BMW, and other high-end car brands. Business Insider reported that a SpaceX Falcon 9 is expected to launch the upcoming cars in October 2021. 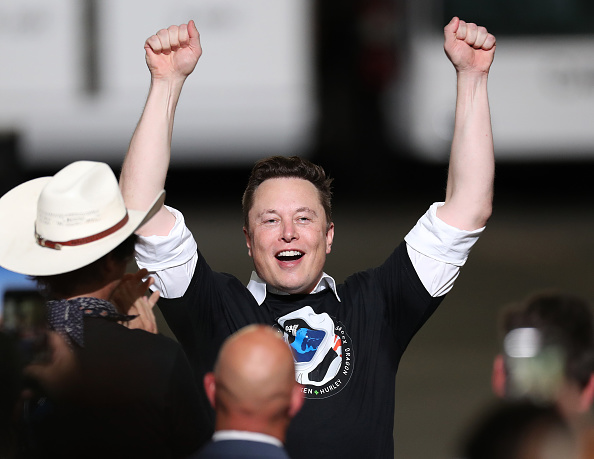 (Photo : Photo by Joe Raedle/Getty Images)
Spacex founder Elon Musk celebrates after the successful launch of the SpaceX Falcon 9 rocket with the manned Crew Dragon spacecraft at the Kennedy Space Center on May 30, 2020 in Cape Canaveral, Florida. Earlier in the day NASA astronauts Bob Behnken and Doug Hurley lifted off an inaugural flight and will be the first people since the end of the Space Shuttle program in 2011 to be launched into space from the United States.

"This is a project helping to develop the innovators of the future, allowing them to dream big and realize that nothing is impossible," said Stephenson via IGN Southeast Asia.

"Space is a fascinating place, remaining untapped for budding designers and I'm very much looking forward to sharing some of my knowledge to those involved in this innovative project," he added.

Two teams of high school students will operate the upcoming remote-controlled vehicles. Many high schoolers from across the globe will compete in eight weeks and those who are qualified will be included in the remaining six teams. 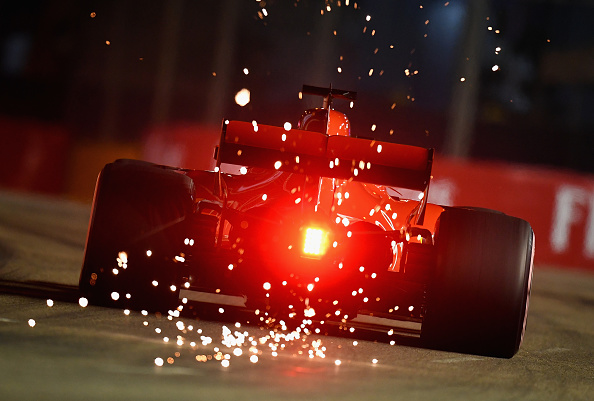 (Photo : Photo by Clive Mason/Getty Images)
Sparks fly behind Sebastian Vettel of Germany driving the (5) Scuderia Ferrari SF71H on track during qualifying for the Formula One Grand Prix of Singapore at Marina Bay Street Circuit on September 15, 2018 in Singapore.

Each team will have five members and whoever wins will become the final two groups. These groups will compete again on the moon race in 2021. This project was made possible by Moon Mark, a multimedia education company.

The remaining teams will work together with Stephenson. The Ferrari designer explained that the high school students' adventures in space will be captured, produced, and distributed across the world by Moon Mark.

As of the moment, Stephenson and the high school students haven't released any update yet about what the vehicles will look like. Once the cars are manufactured, they will be carried in a Nova-C lunar lander, which is created by Intuitive Machines, a company working with Moon Mark and Lunar Outpost.

This space missions will help younger generations since they will be involved in aerospace. The moon race will help them understand more about outer space, explained by Justin Cyrus, the CEO of Lunar Outpost.

Related Article: Life on Mars? Researchers Suggest Microbes Might be Found Deep Below the Surface of the Planet