MIT scientists developed a new device that can track fibrosis. They claim that this new diagnostic tool can detect fatty liver disease in its early phase. 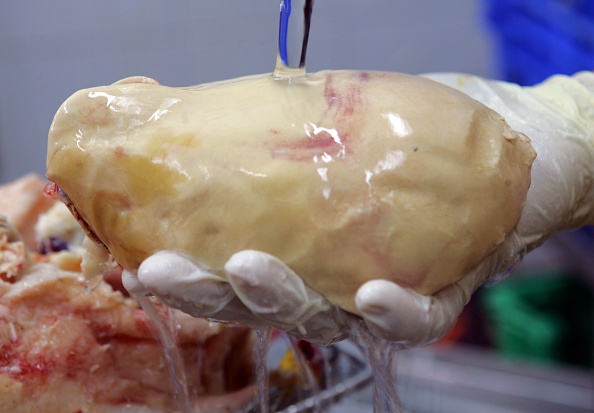 (Photo : Photo by David Silverman/Getty Images)
A worker cleans an enlarged liver that was extracted from a ritually slaughtered force-fed goose at the Foie Gras Ltd meat processing plant on March 23, 2006 in Petah Tikva, Israel. The Israeli High Court of Justice upheld its ban on force-feeding geese to produce foie gras (liver pate). Israel is the world's 3rd largest producer of foix gras and geese farmers' fear that the ban will bring an end to their livelihood.

If it is true, then this new tool will really be helpful in the medical field since it is currently difficult to identify the fatty liver disease before symptoms appear, such as abdominal swelling and fatigue begin to appear.

Once completed, it can prevent the accumulation of fat in liver cells, which leads to serious health issues, such as jaundice, inflammation, cirrhosis, and even liver failure.

"Since it's a noninvasive test, you could screen people even before they have obvious symptoms of the compromised liver, and you would be able to say which of these patients had fibrosis," said Michael Cima, the David H. Koch Professor of Engineering in MIT's Department of Materials Science and Engineering, via Science Daily.

According to New Atlas, MIT researchers discovered an easier way to identify liver fibrosis. They adapted the technology previously used to detect and measure hydration levels in patients undergoing dialysis. 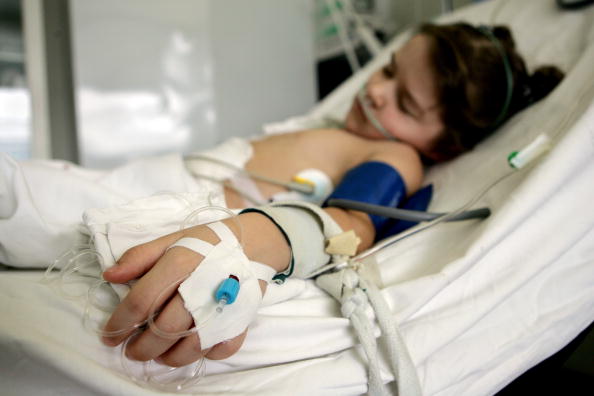 (Photo : Photo by Ezra Shaw/Getty Images)
7-year-old Svetlana lies in bed at the intensive care unit in the Children's Surgical Center on March 14, 2006 in Minsk, Belarus. Svetlana suffers from portal hypertension. Portal hypertension is an increase in the pressure within the portal vein (the vein that carries blood from the digestive organs to the liver). The increase in pressure is caused by a blockage in the blood flow through the liver. On April 26, 1986, reactor number four at the Chernobyl Nuclear Power Station on the border of the Ukraine and Belarus exploded. The fire, which burned out of control for five days, spewed more than 50 tons of radioactive fallout across Belarus.

The new diagnostic tool uses nuclear magnetic resonance or NMR to analyze fluid levels in the skeletal muscle. It can also identify changes in magnetism of hydrogen atoms of water in the liver tissue.

The researchers believed that the device's ability to track how water diffuses through the organ can be also used to pick up signs of liver disease.

"If you watch how the magnetization changes, you can model how fast the protons are moving," explained Cima via New Atlas.

Michael Cima explained that the area where the magnetization doesn't go away fast are the ones that have low diffusivity. This means that these cases are the most fibrotic. Using an NMR detector, the researchers scanned to depths of around 6 mm or 0.23 in below the skin's surface. They conducted the new experiment with mice.

The skin depth was enough to observe the animals' liver and skeletal muscle. MIT scientists believed that the new technique has an accuracy of 86% when it comes to identifying fibrosis.