After more than six years, Japan's Hayabusa2 spacecraft dropped off a capsule that carries asteroid Ryugu fragments in South Australia on Dec. 6. Japanese space officials said these samples are like charcoal fragments.

According to News 18, two sets of samples from deep space were taken from two touchdowns to asteroid Ryugu made by the Japanese spacecraft from Japan Aerospace Exploration Agency's (JAXA's) space exploration milestone after returning to Earth. 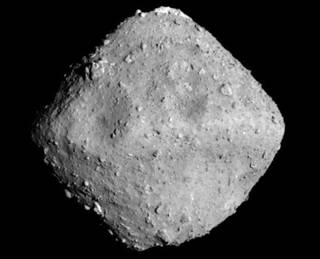 The Hayabusa2 spacecraft got the samples in 2019 on two locations of asteroid Ryugu, which is over 300 million kilometers away from the Earth. Early in December, it dropped off the samples from space onto the Australian Outback, which were later transported to Japan.

JAXA space materials scientist Tomohiro Usui said the first sample is composed of sandy granules from the Hayabusa2's first touchdown that occurred in April 2019. It was described by Japanese space officials on Dec. 24 as charcoal-like, which are composed of hard rocks as big as 1 centimeter. These smaller, sandy, black granules do not break after picking up or transferred into a different vessel.

The second set of sample includes larger fragments taken from the compartment reserved for the second touchdown on Ryugu. These samples were collected in July 2019 when Hayabusa2 dropped an impactor and blasted below the asteroid's surface. After which, it collected material from the crafter to avoid getting affected by space radiation and other environmental factors. 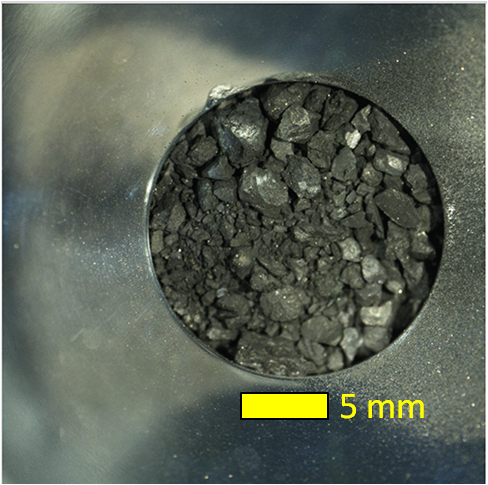 Usui noticed the size differences, which suggested that the difference in the hardness of the asteroid fragments. "One possibility is that the place of the second touchdown was a hard bedrock and larger particles broke and entered the compartment," he added, as reported by News 18.

JAXA continues the samples' initial examinations before the full studies begin in 2021, which scientists hope to provide insights on the origins of life on Earth and the solar system. Also, some of the samples will be provided to NASA as well as other space agencies for further research.

Japan's Hayabusa2 dropped off a capsule on Dec. 6 in South Australia with samples taken from asteroid Ryugu. Scientists soon analyzed the samples for any gas samples. Two studies were made by experts from Australia and Japan.

The Australian test found traces of gas, although scientists were not sure where it came from. On the other hand, the Japanese researchers conducted mass spectrometry on the gas samples, which show different atmospheric compositions that gases from the Earth and confirmed these samples came from deep space.

For 16 months, Hayabusa2 chased asteroid Ryugu between 2018 and 2019, during which it made two touchdowns and scooped samples from the space rock.

In2014, the Hayabusa2 spacecraft was launched to chase the asteroid Ryugu. In June 2018, the spacecraft reached its destination and continued to trace Ryugu for 1.5 years. After collecting the samples, the spacecraft began its journey to return to Earth on November 19, 2019 after six years in space.

Meanwhile, Hayabusa2is currently on an 11-year expedition to 1998KY26, which is another small and distant asteroid in aim to study defenses of the Earth in case meteorites fly toward the planer.