Fluorescence miscroscopy is a method used in biochemistry that uses fluorescence to study the nature and properties of organic or inorganic substances. It works by absorbing light in a specific wavelength and then re-emitting it in a longer light range. It is a widely used method in life sciences since it permits scientists to directly observe and study celles, compounds, and substances around them. 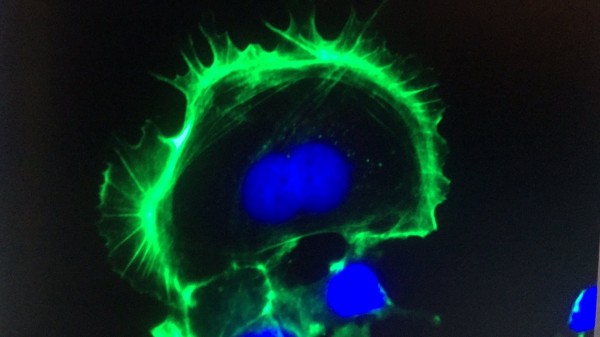 According to Phys Org, although fluorescence microscopy is a conventional method, it also has its own limitations. Because of its nature, it is very difficult to assess and evaluate results quantitatively. The intensitity of fluorescence is dependent to that of the concentration of the fluorescent substance, as well as environmental conditions. Thus, scientists who use this still have reservations. Now, a study by Japanese scientists might just change the game of fluorescent microscopy for everyone.

This study, published in Science Advances is led by Professor Takeshi Yasui, from the Institute of Post-LED Photonics, Tokushima University, Japan last January 1. According to him, "Our method can be interpreted as simultaneously mapping 44,400 light-based 'stopwatches' over a 2-D space to measure fluorescence lifetimes-all in a single shot and without scanning."  In other words, these scientists have developed a way to acquire fluorescent lifetime images without the need to do mechanical scanning at a focal point, which can be ambiguous. Instead, they found a way to produce images from all starting points of the sample at the same time. Thus, they were able to acquire more quantitative basis for the results of the chemical, biological and dynamic processes. This study has changed the game in microscopy by developing a technique now for scientists to measure both the intensity of fluoresence and lifetime.

A deeper look into the study shows that one of the ways that they perform the technique is to utilize an optical frequency comb, which is essentially a light signal that is constituted with many discrete optical frequencies. One of the ways to do this is to excite light. Thus, light looks like a "comb" with exact spaces in between frequencies. They seem to look like a dense cluster of spikes distanced equally. The scientists who performed the study uses this light excitation technique so that each light beam can hit the sample on an equal and equidistant entry. The result is to have a one is to one correspondence between every entry of the 2D surface of each sample as well as each modulation frequency that is situated on the dual comb optical waves.

As mentioned earlier, the sample re-emits the caotured radiation while still maintainiing the frequency position correspondence. The emitted fluorescence is focused in a high-speed single-point photodetector. This is where scientists are able to translate the sample quantitatively. The measured signal is transformed quantitatively into the frequency domain. The lifetime at each light pixel can now be calculated by the scientists.

Accoridng to Professor Yasui, "Because our technique does not require scanning, a simultaneous measurement over the entire sample is guaranteed in each shot," says Prof. Yasui, "This will be helpful in life sciences where dynamic observations of living cells are needed."

Observation of living cells and multiple samples used in antigen testing, which is part of the mechanism used in diagnosing COVID-19, can be made more efficient, thanks to this new method. What once was only used as frequency rulers now has a place in miscroscopy to push for more advanced research and development. It is a promising path to provide novel therapeutic options to cure diseases. The goal of this whole approach is to eventually enhance life quality and expectancy.