'Confidential' Document Shows Diagram of 5G Chip Within COVID-19 Vaccine, But Truth is Far From It

Ever since the coronavirus pandemic started early last year, tons of conspiracy theories have been going around, and despite all of them getting debunked as soon as they gain popularity, conspiracy theorists still believe them. 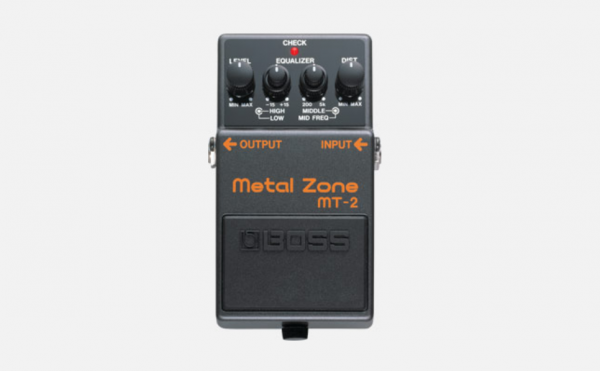 (Photo : BOSS)
A "confidential" document turned out to be a diagram for a guitar pedal.

Among the most common theories are that the 5G network causes COVID-19 and that the vaccine will include some kind of chip where well-known names such as Bill Gates could track us and even control our every move--and if you are to ask conspiracy theorists in Italy, they might have found a "confidential" document that could potentially "prove" the theories.

The document looked sinister, allegedly showing the diagram of a 5G chip that has been inserted into the coronavirus vaccines.

But as with every theory, this one was easily debunked, since it turns out that the "confidential" document was never a mind control chip, but instead, it's for a popular guitar pedal from the brand Boss.

According to news.com.au, an Italian programmer by the name of Mario Fusco first spotted the schematic making its round online in Italy.

What it Really Was

Fusco was quick to share the "document" online on his Twitter account, saying that the figure has been going around Italy and people are claiming that it is a diagram of the 5G mind-control and/or tracking chip that is included in the vaccines.

Here in Italy people started to share this figure claiming that this is the diagram of the 5G chip that has been inserted in the covid vaccine.

In reality it is the electric circuit of a guitar pedal and I believe that putting it in the covid vaccine has been an excellent idea💡 pic.twitter.com/qXKnv7VVly

Nevertheless, Fusco was also quick to catch on to the truth, debunking the theory and saying that it's in fact an electric circuit of a guitar pedal.

"I believe that putting it in the covid vaccine has been an excellent idea," the programmer jokingly added.

MusicTech, an online audio publication, has also caught onto the conspiracy, confirming that the figure was an altered schematic for a reworked Boss Metal Zone guitar pedal, which for those who are not familiar, is the tool musicians use to add distortion and effects to electric audio signals.

The diagram making its way online has been edited to allude to "COVID-19 5G" and "5G frequency," but it appears like the people behind the conspiracy did not bother changing the musical terminology such as treble, bass, and volume.

As soon as Fusco's post went viral on Twitter, many shared the diagram, mocking the conspiracy complete with some guitar and music puns.

"These people with their conspiracy theories are so tiresome, it's always 'wah-wah-wah,'" one Twitter user wrote, along with an image of a Boss AW-3 Dynamic Wah, and another saying, "Excellent. Reassured to know that 5G relies on op-amps and some 1n4148 diodes. Proper old school. None of that digital and microprocessor nonsense. I'll take one in each arm."

The Boss Metal Zone was originally launched in 1991 and is one of the company's best-selling pedals, albeit often subject of inside jokes among the community since it's typically what beginners use.

Although these conspiracy theories are rather funny, they can be quite dangerous, especially when people start believing them.

For example, back in the early days of the pandemic when people believed 5G causes COVID-19, people began setting 5G towers on fire and even harassing employees of 5G telecom networks.