Officially released last November 5, 2020 the Motorla G9 Power has created enough buzz online for being arguably the best "budget phone" yet. With its impressive features, and a product of what Motorola says the "Biggest battery ever", the phone deserves the online attention. 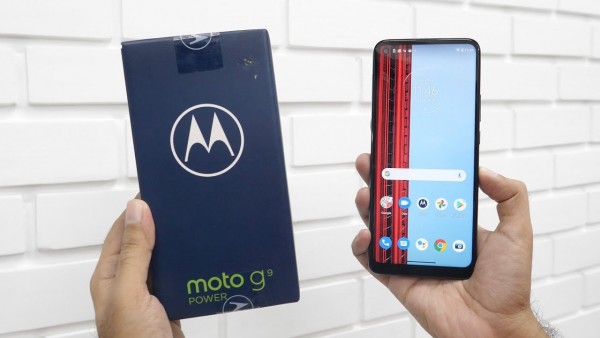 One of its highlights is that it boasts of a 60-hour battery life with the industry leading non-removable 6000 mAh battery. It has been the biggest battery that Motorola has used so far. Users have also been impressed with the sharp, contrasty, and high-resolution images that it delivers using its 64 MP triple camera system and a 16 MP front camera.

The Motorola G9 is a 6.8" device with Max Vision and HD+ Display, where images, movies, games, and videos can be viewed in a high-resolution screen. It has a 4GB RAM and 128GB4 of Built-in storage. Another leap by Motorola is to make their G9 "water protected" from spills and splashes.

The device is powered by an Android 10.0 Operating system using Qualcomm SM6115 Snapdragon 662 Octa-core processor with an Adreno 610 GPU. It has sensors sucha as gyro, proximkity, accelerometer, and rear-mounted Finger Print. Other features include Bluetooth 5.0, GPS with GLONASS, GALILEO, SUPL, and LTEEP.

The Motorola G9 is available in two different colors, namely Electric Violet and Metallic sage. The device retails for $238

TechRadar gives Motorola G9 a 4 out of 5 rating, while Gizmo China gives it a 8.8 out of 10. Both users have given a generous rating for a $238 device. We'll take a look at what they say about their experience with the Motorola G9.

Both users have similar reviews when it comes to the device. The two most important features of this device is its gigantic 6,000 mAh battery that's very lucrative for a mainstream consumer brand, as well as its very low price for the value that it gives. The huge battery life could allow the phone to survive two days of use, which is pretty impressive.

The look of the phone is also elegant, although it gets a bit chunky due to the triple camera. It comes with a large screen, which is, again a good value for its price. Another good thing about the phone is the size of the screen. The 6.8" device can be a great deal from a mainstream brand.

The Not so Impressive

According to users, Motorola G9's internal specs which includes a Snapdragon 662 chipset and 4GB of RAM is nothing extraordinary. There's nothing very special about it, although there's also nothing much to expect from the price.

The camera quality is also something average. When used with good lighting and a steady hand, it could produce good-quality photos. However, it does not produce results that are as impressive compared to other competitors' triple camera devices.

The display color and resolution also lacks some depth, although it could provide a good resolution for the worth of its price. However, it obviously does not win over OLED screens from other smarthphones in the market.

Overall, the ratings suggest that with its budget, the Motorola G9 is a good contender. It provides a long battery life, huge screen, and a great value for its money. However, if you're after the best processors, camera, and display quality, you'll probably have to spend a bit more for the extra value.

See related article: Motorola Edge Plus Might Come With a Dramatically Curved Display With A Hole-Punch Camera