Just when we thought 2020 couldn't get any more uncanny, 2021 starts off with weird events such as a Madden 21, a sports video game by EA Sports, and and Nickelodeon's Spongebob Squarepants. The official, twitter-verified Madden 21 NFL user on Twitter has just recently posted an update that teased fans of a likely crossover between the Madden 21 and Spongebob. 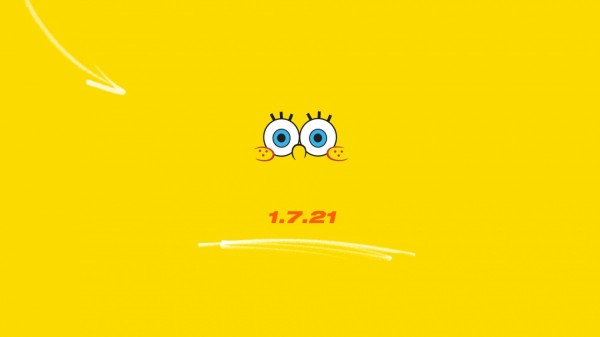 The tweet suggests nothing but a teaser of what could happen between the two. Madden NFL only tweeted a brief statement saying "Are you ready @SpongeBob?", with a date released for the crossover on January 7. Fans are bewildered on what could happen.

Other than the tweet, no further details have been announced by either Madden or Spongebob. The new update garnered different reactions by fans. Screening through most tweet replies, many users seem to be not-so-ecstatic about the Spongebob-Madden Collab.

Madden:
How about a SpongeBob collab?

Twitter user @LocktoHamler says that instead of Madden trying to address the issues and "fixing the game play and franchise mode", Madden offers a collab with Spongebob. To many who agreed with the tweet, the latest update by Madden seems to be more evasive and irresponsible than exciting.

PLEASE TELL ME WE CAN PLAY AS SPONGEBOB AND PATRICK

Another twitter user @Liquid_US1 seems to take it easier on the bright side, hoping that users could play as Spongebob and Patrick, which could probably make the game more exciting and appealing.

Possible Theories for the Madden-Spongebob Crossover

According to Explica, the collaboration is likely to inclue a challenge which allows you to unlock SpongeBob content and features like uniforms. Because of what EA Sports has done in the past, wherein they launched "Chavo del 8" Uniforms to pay a sweet homage to Chespirito, they believe that the Spongebob and Madden collab aims to pay tribute to the late Stephen Hillenburg, Spongebob's producer. But doesn't it seem to be a little late?

However, a more sensible theory can be echoed from the latest interview of NFL with Brian Robbins, the President of Viacom CBS Kids and Family Entertainment. He said, ""Our game plan is to make sure the NFL Wild Card Game on Nickelodeon definitely lives up to its name by infusing the telecast with Nick's sensibility of surprise and fun at almost every turn...We're incredibly proud to team up with CBS Sports and the NFL to elevate the thrill of this game for kids and families to enjoy together."

According to Game Zone, what could happen is that the Madden Spongebob collab could actually be a promotion for the Spongebob prequel series, Camp Coral. It also has something to do with the NFL that is said to launch on January 10. They assume that Nickelodeon will use Spongerbob to promote the series on their "NFL Wild card game." More character such as Sandy and Patrick could also probably appear. Based on the series, possible theme surpises could be slime canons, among others.

Whatever the surpise could be, it could only get Madden players to like or dislike Madden more. Hopefully, the collaboration could make the two more interesting and appealing to fans, watchers, and players alike.