Chinese automaker Nio will launch its first flagship electric sedan in 2022 and it comes with 33 sensors, advanced autonomous driving, 620 miles range, and other features to ensure smooth and comfortable travel experience

Initially rumored in October, the car was unveiled during the Nio Day 2020, which was live streamed on Jan. 9. While Nio ET7 sedan will not be as fast as Tesla, it will still be at par with other larger automakers. 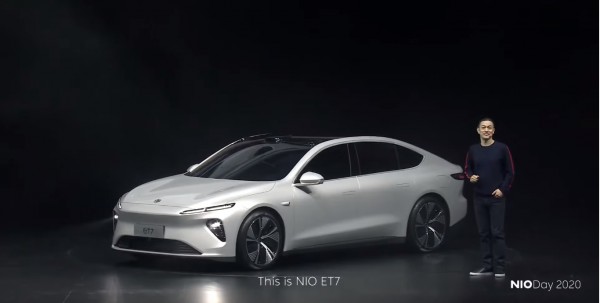 Nio ET7 sedan is the new flagship car of the Chinese car brand, which is scheduled to arrive in China. This five-meter long electric sedan has dual motors with 644hp combined output, which can power the car from zero to 62mph within 3.9 seconds.

According to a Mashable report, Nio ET7 will come with three battery options: 70kWh, 100kWh, and 150kWh, which could give it with over 621 miles of range. That is 200 miles longer than the Tesla Model S, based on the NEDC system in China. Also, the electric sedan is packed with a 12.8-inch AMOLED display, a sound system with 23 speakers, seats with built-in massagers, a 10.2-inch digital instrument cluster, Bluetooth, Wi-Fi connectivity, and 5G support.

Meanwhile, Nio prides that ET7 will have a built-in computer system, which is as powerful as seven Tesla FSD computers combined, while it beat Elon Musk's autonomous driving technology. However, the Chinese company did not provide specific details on how they would actually do that.

According to Nio founder William Li, the ET7 sedan can work with the company's new autonomous driving system, which is available on subscription for only $105 per month, based on Car Scoops report. The Nio electric sedan will have a total of 33 sensors, which include LiDAR, mmWave radars, ultrasonic sensors as well as 11 8-megapixel cameras. These would enable the car to have better perception of the surroundings.

The sedan's lidar sensor has a range of up to 500 meters and will feature a 120-degree field of view as well as a 1550 nanometer laser. The whole system can dynamically focus on objects of interest, which would allow the vehicle accurately detect objects with precision of up to millimeters. Interestingly, Tesla CEO Musk dismissed the technology, which he thinks is highly expensive.

Read also: 10 Cool Facts About Tesla Motors Proving It Is Not Your Traditional Automaker Company

While Nio did not provide complete details on the ET7's price, it would start at around $69,200 for the 70kWh battery version. While the basic ET7 is expected to hit the market in 2022, the more powerful 150kWh battery model would arrive towards the end of 2022. 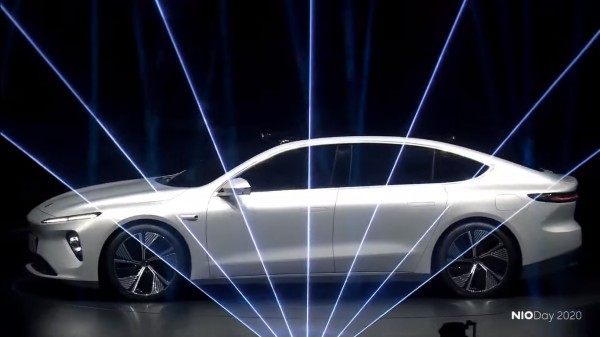 Meanwhile, Nio is also working on advanced systems to allow the world's fastest battery swap service, called Power Swap Station 2.0. These battery swap stations would only cover around three parking spaces, so they will not be too intrusive to other areas.

In less than three minutes, this system promises to do a fully-automated swap, in which system and battery checks are also provided. This would definitely cut the service time and make the car owners save waiting time.