Nvidia RTX 3060 Pre-Order Now Available: Price, Specs, and Everything You Need to Know!

"The Ultimate Play" is coming with Nvidia's latest addition to the 3000 series, the RTX 3060 which is now available for preorders with only several weeks to wait for the new graphics processing unit card (GPU). The affordable upgrade for a computer's graphics card has been teased with its benchmarks and specs in the past year, but now, it is time to get one's hand on the RTX. 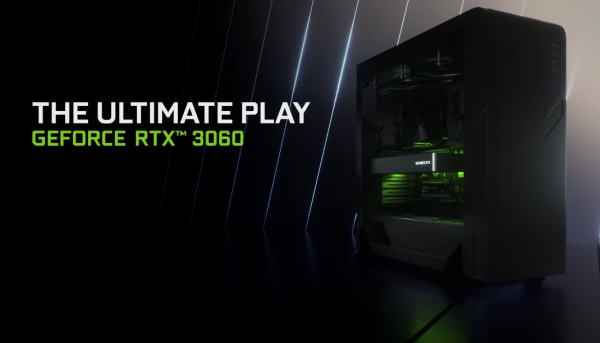 The Santa Clara-based computer gaming company has opened its preorders for the latest graphics card on its massively popular RTX 3000 series, with the Nvidia RTX 3060 looking at a February release date this year. The GPU's release is nearing and the public cannot wait to get their hands on the hardware as preorders are on high for the 3060.

If one has skipped out on last year's Black Friday, Cyber Monday, Prime Day, and other countrywide sales and promotions, this may be the perfect time to upgrade one's rig and equipment for gaming uses. Nvidia features one of the world's top gaming equipment and needs, with its graphics card to be the top choice for gamers and enthusiasts in terms of performance.

Nvidia has already released the twin to the 3060, with the RTX 3060 Ti available for sale on its website for only $399 since last December 2020. On the other hand, the RTX 3060 is now available for preorders but Nvidiaonly offers it via an email notification to buy the graphics card once it goes on sale.

The Nvidia RTX 3060 has a price tag of $329, and serves as the cheapest RTX 3000 series on the company's lineup, joining with its elder and more powerful siblings with the RTX 3080 and RTX 3090. A massive hype has built around the RTX 3060 because of its features and specifications which Nvidia unveiled with its release video, making it an ideal replacement for most graphics cards.

The RTX 3060 would be available by late February according to Nvidia, which is only more than four weeks from now, with its reveal cutting close to its release date.

Nvidia RTX 3060: Specs and Everything You Need to Know

According to Nvidia's video reveal on YouTube for the RTX 3060, it would have 12 GB of GDDR6 memory that boasts of 10 times more ray-tracing capabilities and performance compared to previous GPUs of the same tier. Nvidia also makes the 3060 capable to use the RTX suite's nifty features and special programs including RTX apps and DLSS.

The DLSS AI uses neural networks to configure computer settings in a game to render the graphics to lower resolution but still resemble a 4K video output, without burning off one's processor. The AI improves display quality despite being at a lower resolution.