Apple fans who've been waiting for the arrival of the latest iPad and iPad Pro this year months after the release of the Apple iPhone 12, and for those who are awaiting news of the Apple tablet, here's a first peek at iPad Pro 2021, thanks to a leak that made its way online. 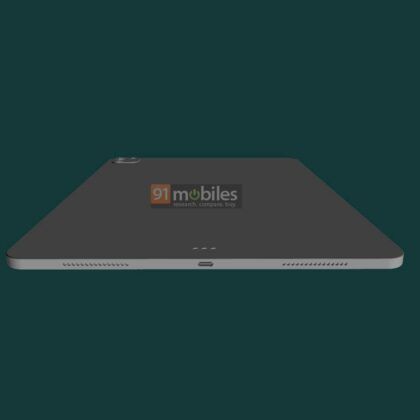 (Photo : 91mobiles)
91mobiles have published a render for the 12.9-inch version.

According to Tom's Guide, the leak came from a CAD render of the device that was published online by 91Mobiles and MySmartPrice who both said came from a reliable anonymous source.

However, no scales were given on the images, so it's quite hard to say whether there is indeed any change at all, and if there actually is, it's not something big.

According to the news outlet, the render published by 91Mobiles is for the larger version of the iPad Pro, which has a 12.9-inch display, while the one published by MySmartPrice is for its slightly smaller version with an 11-inch display.

Unlike the former, the 3D renders for the smaller iPad Pro 2021 includes some precise dimensions at 9.7 inches x 6.9 inches x 0.23 inches, which means it should have the same thickness as the current iPad Pro model. 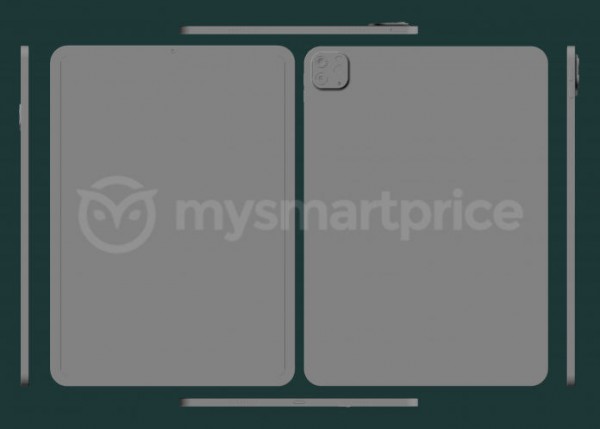 The only difference between the 2020 and 2021 models is the slight change in height and width, giving the fans more hope of a slimmer bezel, which is all the rave in handheld devices these days.

Practically, the renders for the 2021 versions are almost identical to the iPad Pro 2020, which includes a Face ID sensor at the top bezel, a square camera setup at the back like the iPad Pro and the iPhone 12, and a Smart Connector at the back--a telltale sign that the new Apple iPad Pro will also work with the Magic Keyboard accessory that the company has introduced last year.

Although there doesn't seem to be any big changes in the display based on the render, fans can expect something better under the hood.

The upcoming iPad Pro 2021 will be coming with a 5G capable A14 chipset.

Nevertheless, the tech outlet speculates that the iPad Pro 2021 will come with a modified chipset to guarantee that the iPad Pro will be on top of the leaderboards when it officially launches, especially since the current iPad Air already has the A14 chipset.

Fans are also speculating the comeback of the Touch ID to complement the Face ID system currently in place as another alternative to unlocking the device.

Then again, everything is still unofficial, so take the news with a pinch of salt unless Apple itself releases the official specs of the new iPad 2021 series.