The National Highway Traffic Safety Administration (NHTSA) has sent Tesla, the world's biggest electric car manufacturer, a letter saying that the agency has determined the defective touch screens on some Tesla cars as a risk to the security of the drivers and others in the highway. 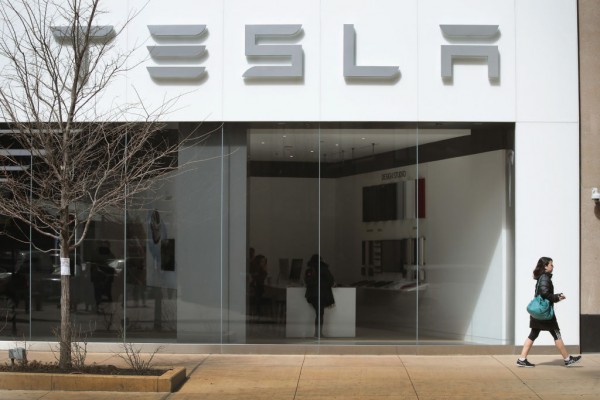 (Photo : Scott Olson / Getty)
Tesla has received a letter from the NHTSA this Wednesday regarding defective touch screens.

According to NBC New York, the letter was sent to Elon Musk's company this Wednesday, January 13, 2021.

Experts believe that sending the letter meant that Tesla balked at recalling approximately 159,000 cars with defective touch screens, but the US agency declined to further comment about the letter and Tesla representatives are yet to issue a response as well.

Based on the report, it was a "rare" step towards a public hearing as well as an eventual legal action.

The cars in question were the Tesla Model S and Model X vehicles, which were manufactured somewhere between 2012 and 208.

According to the NHTSA, they have opened an investigation last June 2020 regarding complaints about these cars wherein touch screens would go dark and would not respond.

Read More: Tesla FSD Patent Asks to Use mmWave Radar for Sensing Objects on the Road--4D Radar and Still no LiDAR?

'Increasing the Risk of a Crash'

Tesla has sent over data to the agency, who found out that there are 12,000 customer complaints about the screens, warranty claims, field reports, and other claims that are related to the defective screen.

The investigation further led to an engineering analysis in November, a few months after the probe began, and based on the analysis, the US agency said that the screens were defective due to the finite number of program-and-erase cycles in their computer processors.

Furthermore, they noted that the defect can pose a great threat to the security of Tesla owners as defrosters could malfunction and backup cameras may go dark.

"The lack of a functioning windshield defogging and defrosting system may decrease the driver's visibility in inclement weather, increasing the risk of a crash," the letter read.

As per the letter sent by the agency to the electric car manufacturer, the screen would fail in five to six years, something that is not up to par with their safety-critical features, and further saying that they also determined that the failure rate for the screens on the Tesla cars were higher compared to the vehicles that had similar issues in the past.

"Given Tesla's projects of MCU repairs, even MY [model year] 2018 subject vehicles will experience 100% failure of the MCU within approximately 10 years," the letter further said, according to a report by CNBC.

Tesla Fixes Solution, But It's Not Enough

As a way to fix the issue, Tesla has done several over-the-air software updates, but the agency said the solution was still not enough.

The letter ended by saying that the company must provide the NHTSA with an explanation if they do not recall the cars, or else they could arrange a public meeting regarding the issue and may even turn it over to the Justice Department as they proceed with legal action.

For anyone who wants to read the entire letter of the NHTSA to Tesla, it is available to read via the official website of the agency.