Parler is back, and this is not a drill as its CEO John Matze, posts a status update that addresses both "lovers and haters" with a revolutionary tone that signifies the return of its website from the recent Amazon AWS Ban. Hosting the returning "free speech" platform is Epik, who also spoke on Parler's behalf, saying that de-platforming is a "kneejerk reaction." 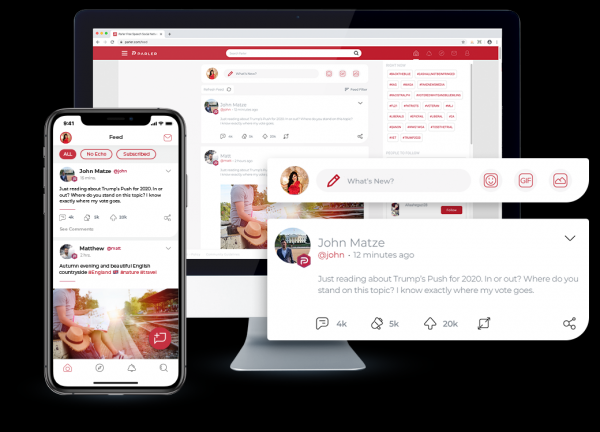 The website that calls itself to host "free speech of the internet," Parler, is near to making a comeback on its online platform with John Matze welcoming both lovers and haters for its return. The CEO's message in the platform seems like it has survived a massive disaster in its life and is coming back with the "better than ever" vibes.

Initially, recent controversies were linked to Parler and were considered too risky and threatening to leave its availability to the millions of its users, ensuing in a multiplatform ban from Amazon, Apple, and Google. Even the "free speech of the internet's" hosting service and vendors backed out on them when tragedy struck and put Parler in a tight spot.

Parler is Back: Website Now Online, Technical Difficulties under Fix

John Matze posted a status update on Parler's website, dating last Saturday, January 16, and says "Hello world, is this thing on?" which resembles a "funny" approach of a comedian in a comedy bar. Under the website is a headline that says "Technical Difficulties" that also has a short message to both the platform's "lovers and haters." 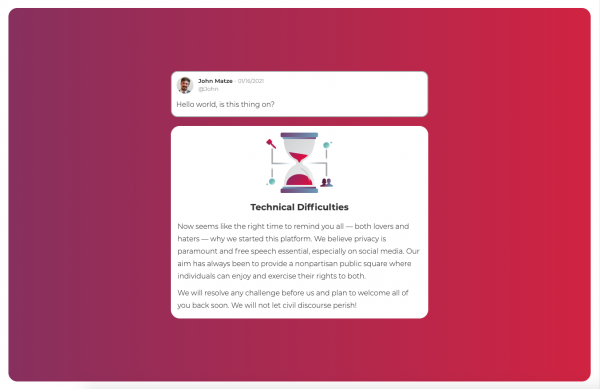 The website has been removed by its recent host, Amazon Web Services, and now, it is adapting upon finding a new partner and ally on the internet, with Epik. Parler is under construction and is promising that it would bring back what it has started in during its establishment, up to the recent events when it hosted former Facebook and Twitter users who have been censored.

Parler offers a platform where users would entirely free, without jurisdictions, prohibitions, and constant monitoring from its administrators and moderators (if there was one on the website). Matze considers Parler to be a "civil discourse" on the internet that does not hold bars when it comes to posts, shares, groups, or events.

According to CNN, Parler's new home and haven on the internet is Epik, a hosting service that is known for its affiliation with 4chan, which is also a "free" English-based imageboard website that also rose to prominence. Parler registered its website to Epik's host service and was officially established last Sunday, which marked the beginning of its return.

Epik also released a statement on Parler's behalf, saying that the fate of the "free speech of the internet" was a "kneejerk reaction" which they believe is unfair to the website because of the stirring controversy. Parler's de-platforming which included its applications to bid farewell is something Epik sees as unethical.