Experts claimed that Apple Watch could detect COVID-19 symptoms days before a patient tests positive of the novel coronavirus. If this is true, the wearable gadget could be a great help during the ongoing pandemic, especially since there are new COVID-19 strains that are spreading in the United Kingdom and other countries. 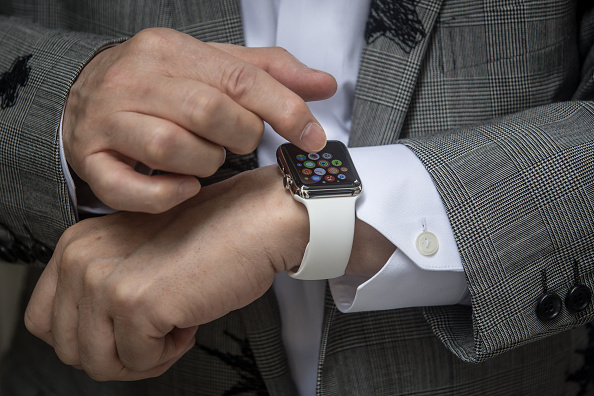 (Photo : Photo by Chris McGrath/Getty Images)
TOKYO, JAPAN - APRIL 24: Hajime Shimada shows off his newly purchased Apple Watch outside boutique store, Dover Street Market Ginza on April 24, 2015 in Tokyo, Japan. The Apple Watch launched globally today after months of publicity and pre-orders. However the smart watch was not sold from Apple stores but from a handful of upscale boutiques at select locations around the world in a bid to position the watch as a fashion accessory. Apple has been directing people to order online preventing the long lines usual seen with the launch of iPhones and iPads.

According to Trusted Reviews' latest report, Mount Sinai University's researchers discovered that the HRB feature of Apple's smartwatch shows significant changes in a patient one week before they are tested positive.

HRV (heart rate variability) reveals that there is a difference in time between heartbeats, rather than the heart rate itself. This means that if a person the HRV measurements will be lower if the person is suffering from an illness or hangover.

"The watch showed significant changes in HRV metrics up to seven days before individuals had a positive nasal swab confirming COVID-19 infection," said the scientists via Trusted Reviews.

The researchers behind the latest "Warrior Watch" study said that the wearable device could really be helpful during the ongoing pandemic if the required data can be acquired as soon as possible. 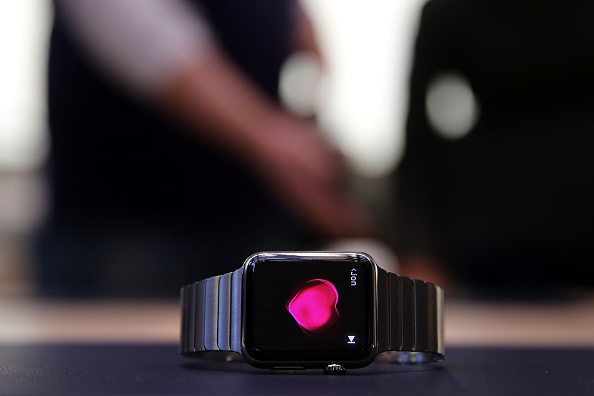 (Photo : Photo by Spencer Platt/Getty Images)
NEW YORK, NY - APRIL 10: The new Apple Watch is viewed at an Apple store in Manhattan on April 10, 2015 in New York, New York. Consumers around the world were able to try on the long awaited smartwatch on Friday and to place orders. On April 24, consumers will be able to buy it online or by appointment in select stores. The Apple Watch sport starts at $349 with the standard version retailing at $549 in the U.S. Luxury "Edition" watches with 18-karat gold alloys will be priced from $10,000 and will go as high as $17,000.

They explained that users could isolate themselves earlier and reduce the risk of transmission if they identify the outlying HRV indicators earlier. This could prevent further transmission among their colleagues, family members, and the general public.

Rob Hirten, the assistant professor of medicine at Icahn School of Medicine, explained that their team already knew that Apple Watch's HRV feature's markers could change if inflammation develops within the patient's body.

He added that the feature allows them to know if the people are infected with COVID-19, even before they are tested positive. Apple Watch could help medical experts in their battle against the ongoing pandemic since most of them are relying only on the patients' statements, saying that they are sick and not feeling well.

According to TechRadar's previous report, another useful feature of the Apple Watch is its Blood Oxygen app. The application allows the user to know if there is enough oxygen in their blood cells.

Because of its ability, it can help those who are suffering from low blood oxygen levels. The one that is causing your blood oxygen levels to decrease is different conditions such as pneumonia, respiratory viruses, asthma, and even COVID-19. This information clearly shows that Apple Watch can really be handy in many situations.

Related Article: New Coronavirus Variant Discovered in Germany Infects 73 in Bavaria-Is it As Dangerous as the UK Strain?