Samsung's 860 SSD has been the gold standard for PC parts in Samsung since 2018 but that might come to an end. As The Verge reports, the company is debuting a new launch, the 870 Evo. It has the newest SATA SSD which is optimized for user navigation that brings Samsung's fastest speed so far at a lower price.

The 870 Evo is Samsung's latest update of their mainstream consumer TLC-based SATA SSDs. Apparently, the 870 EVO brings similar generational updates with Samsung's 3D NAND and SSD controller that were in the 870 QVO. The update of the new EVO SATA SSD has been the new staple now after the launch of Samsung 860 EVO.

As told by TechRadar, in the past, the shift from 850 to 860 wasn't really a huge leap at all. There were just some minor improvements. Probably the greatest shift may be a move from 48-layer 3D NAND to 64-layer 3D NAND, in conjunction with an upgraded MJX SSD controller, and LPDDR4 Dram rather than the predecessor's LPDDR3 Dram. But now, the new 870 has significant changes,compared to the 860, including an undeniably faster speed at a lower price. 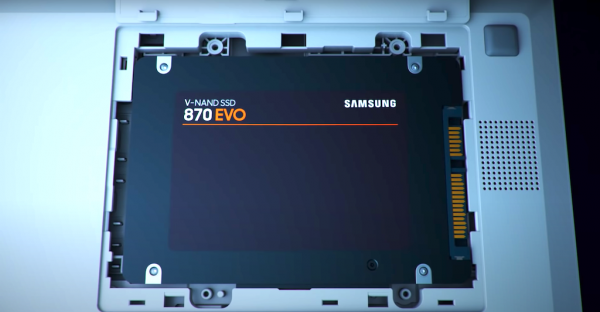 As compared to its predecessor, the 860 Evo, the 870 is also a great leap with significant improvements.The new 870 Evo SSD is reportedly fast enough to attain the maximum speed possible for sequential read as well as write on a SATA drive. This contains 560 MB/s read along with a 530MB/s write speed. On the other hand, the 860 only uses the 2-bit MLC technology, which is significantly slower as compared to the 870. Furthermore, the new 870 upgrade addresses the problem of SATA 3 protocol in the 860 which limits it from reaching its maximum potential.

Samsung brags of a 38 percent improved random read speeds as well as a 30 percent betterment when it comes to sustained performance. Furthermore, the upcoming 870 Evo is also protected by a five-year warranty which, just like the 860 speaks a lot about its durability, nonetheless.

There aren't any official announcements yet from Samsung about the relase date, moreso having an 870 PRO to come after. However, according to their newsletter last year, an 870 PRO may come within the series. We will keep you posted on any updates about the release.